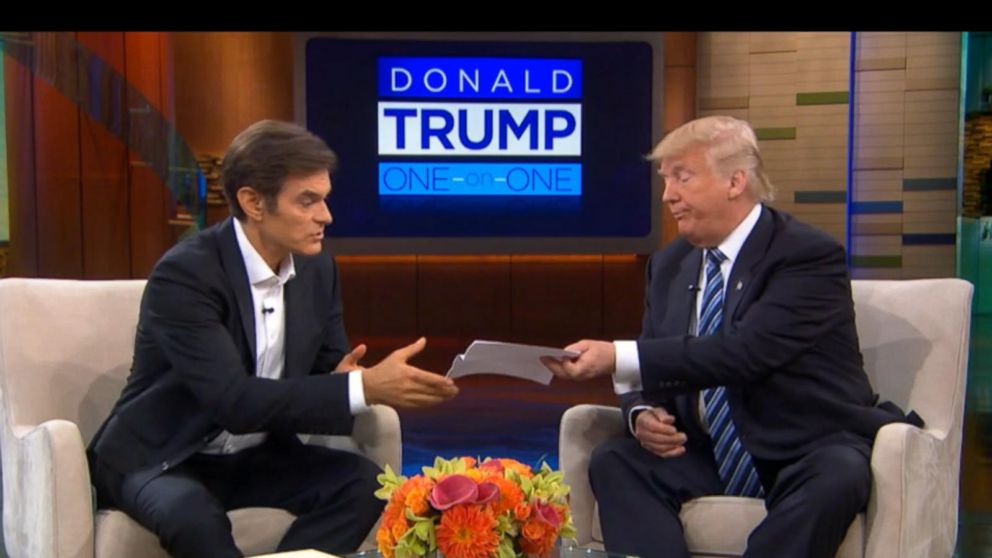 Hyperbole is not the most attractive quality in anybody, but when it comes to a doctor, making up phony statistics about his practice in order to seem God-like, it really leaves a sour taste. Mehmet Oz thinks it’s fine, just fine, to wildly inflate his work as a physician. Either that, or he’s secretly quadruplets to get this much work done. Man. I wish I could clone myself and get these numbers.

Is he counting Oprah appearances and infomercials as “patients served?” Because he became a surgeon 29 years ago, and these numbers seem high. Finally, I he only posted this on Truth Social, NOT Twitter, where these kinds of fantastical statements won’t be questioned. pic.twitter.com/F08kYDeZVh

Most surgeons put two days aside every week for the OR. At most he would be doing 2-4 surgeries on his OR days. The 10's of thousands of pts he supposedly saw were likely those on his way in to work while passing thru the lobby or the parking garage.

It’s not real. None of it is real.

I told you about my run in with Dr. Oz’s company. I got an “introductory” sample of two skin care products for $5.98, thereabouts, and as soon as I got them I realized that they were trash. The fountain of youth was promised but what came was low grade lotion. So I called up and said, “Please do not send any more shipments.” This was within three days after I received the product and supposedly I had a whole month to decide.

I was told, no, go read the website, I HAD, I was told, signed up for multiple shipments, could not cancel, bla bla. I said, “I have your ad in front of me, I don’t care what’s on your website. This is the agreement I accepted and the only one I’m honoring.” Long story short, I threatened to go down to the Los Angeles District Attorney’s office and file a complaint for misrepresentation, fraud and extortion and when the gal came back on the line, I was told that they, miraculously, COULD find a way to stop shipping me goods and charging my card. But that’s what it took, is a heated and ugly telephone confrontation and within 72 hours of receiving the product. Not a good way to do business.

Now besides Oz’s blatant lies, he’s got another problem. If you haven’t heard about this, a Republican contender named Kathy Barnette may come up from behind as the dark horse and win the senate primary. If you’re unfamiliar with Barnette, she’s the product of the rape of her then 11-years-old mother by her 21-year-old father. Her mother never considering aborting the child and so that was made into a video which has a lot of the anti-abortionists all in a tither.

This is a doozy. I don’t believe that female children of 12 should be forced to bear children. It’s evident in this case that the grandmother in fact made the decision that the child would be born. I guess some adult needs to make that call. Talk about being between a rock and a hard place.This is rife with emotion and controversy, needless to say.

This may propel Barnette in front of Oz and then lo and behold, Barnette becomes Mitch McConnell’s problem.

Keep your eye on Pennsylvania. It is getting wild. I thought Georgia was ground zero in the political universe. I now believe Pennsylvania has moved into that slot.