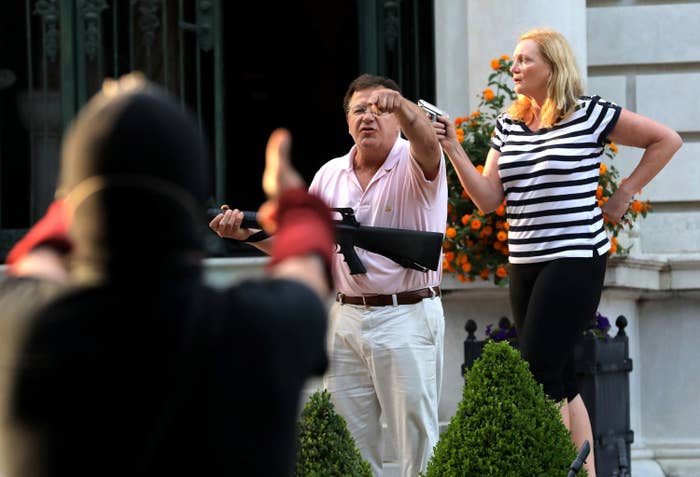 I thought that Alex Jones had hit some next level grifting yesterday when he issued a screaming ad, demanding that you “send money and buy products” because his hair was on fire and the sky was falling. Evidently, that’s the blueprint for this election cycle.

Take a look at Mark McCloskey, who very intriguingly puts things in economic terms, solely. Whatever you want in politics — maybe in life, period — you can have if you have enough cash.

Maybe that’s the case. The subtext to this is, give the GOP enough cash, they’ll do a coup d’etat and kill democracy — but the new regime will be all MAGA all the time, so you’ll be happy.

In an usual campaign ad, Republican Senate candidate Mark McClosky says if we send him money he will get rid of Mitch McConnell for us. pic.twitter.com/PXHfnJfOkL

So, how is McCloskey going to get rid of The Turtle?

What a class act this year’s contenders are. They fit right in with the worst sitting members of the lunatic fringe. Trash with cash, your GOP in action.

Here is the Alex Jones piece I mentioned. This is the shape of things to come, right here.

Screaming “this is all out war!” Alex Jones and Roger Stone tell their followers that the only way to win the war against evil Democrats is to send them money and buy their products. pic.twitter.com/WgSHcyhp1f