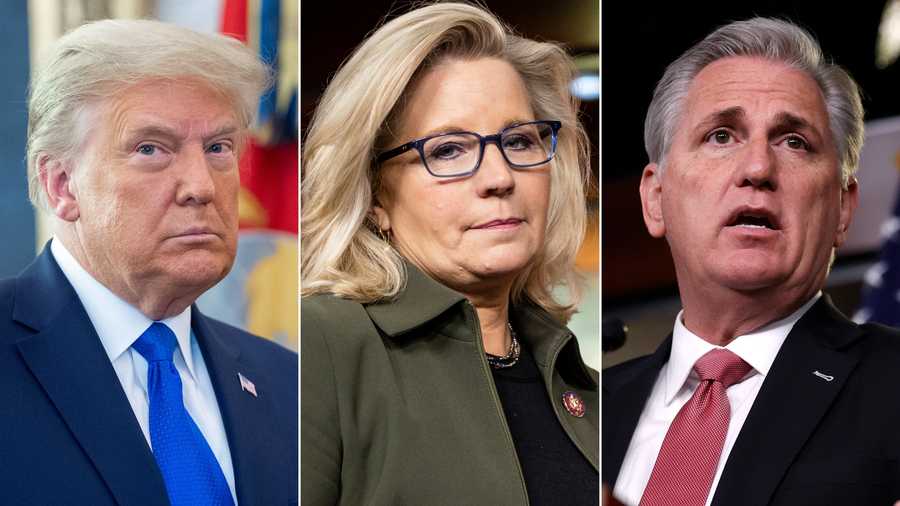 If you haven’t seen this yet, Don Don the Clown is doing his usual misinformation campaign about the January 6 Committee, an entity he hates even more than the IRS and the MSM. Liz Cheney wasn’t having any of it and she called him out.

False. The ⁦@January6thCmte⁩ hasn’t dropped requests for any necessary records. In fact, we’re actively litigating to obtain White House records Trump is trying to conceal. We will not allow him to hide the truth about January 6th, or his conduct, from the American people. pic.twitter.com/q2YBqVlyXq

The New York Times didn’t put it on the front page because there’s nothing to put. Not that Trump ever lets the facts get in the way of a good story. We’ve said that before and will say it again.

Now this is weird. This January 5 tweet from Madison Cawthorn lasted exactly seven seconds. I typed the link into a browser and whatever he was linking to has been deleted. The reason that this is important is because if anybody is going to screw up and let the cat out of the bag about anything, it will be Cawthorn. The man is stupid and arrogant and that combination makes mistakes.

I’d love to know the story on this.

Seven seconds is ominous. He either realized he had just done a horrendous boo boo or somebody was there and told him to delete it. Makes you wonder what was that incendiary and who was calling the shots, does it not?

“Roaming the Senate, looking for….” Who? Pence? Schumer?

Then Trump had to go rattle more legal sabers, hoping to delay every second that he can. And the Committee responded to that, too.  Raw Story:

In a rare 44-page legal filing from the Jan. 6 committee, the committee cited previous rulings rejecting Trump’s pleas, and also cited past precedent set by Nixon v. The United States, in which the Supreme Court ruled that a president can’t withhold documents in a criminal investigation.

“In balancing these interests, the Court emphasized that the incumbent President is ‘in the best position to assess the present and future needs of the Executive Branch, and to support invocation of the privilege accordingly,'” cited the filing.

The committee also argued that if the court wants to hear arguments on the case and refuses to dismiss, then it urges them to hear it quickly.

“If this Court nonetheless believes that the decision below warrants its review, the Congressional Respondents respectfully request that the case be resolved expeditiously,” said the writ. “The Select Committee urgently needs the documents at issue to inform its forthcoming hearings and reports. The Select Committee’s authorization will expire on January 3, 2023, and each passing day handicaps the Select Committee’s investigation, forcing it to proceed without the benefit of documents to which it is entitled. For these reasons and the reasons set forth in the motion for expedited consideration of the petition, if this Court grants certiorari, the Congressional Respondents respectfully request that the case be heard as early as the Court’s February sitting.”

Don Don is desperate. Isn’t that interesting for somebody who has nothing to hide?