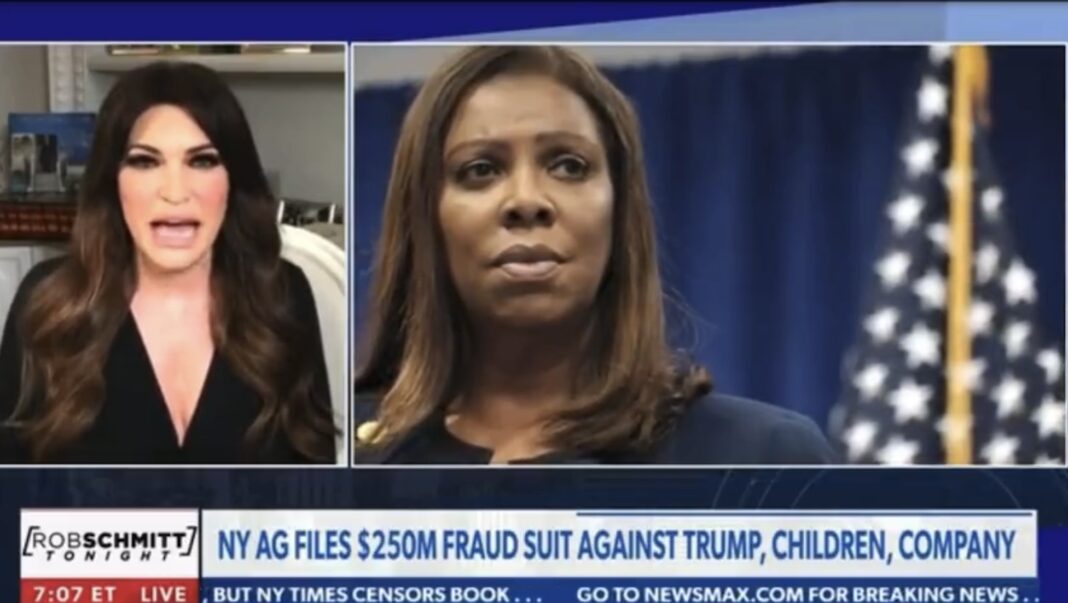 I am not quite sure how Kim Guilfoyle pilgrimaged from UC Davis and U. Of San Fran School of Law to afternoons on NewsMax, or from Gavin Newsom to the allegedly drug-addled issue of a two bit four-flushing mobster in one lifetime, nor am I sure I care to, but if I were mixed up with one of the principals in New York Attorney General Letitia James $250,000,000 lawsuit against the Trump Org. I like to think that I would have the sense to keep my head down and my mouth shut, for at least a beat, lest Ms. James turn her prosecutorial gaze in my direction.

You don’t see Tiffany out there on TV running her head, do you, Kim?

But you do you, girl.

No more $60K dances for you, gargoyle

Spicy Broad says what?? Time to find a new fiancé Kimmy because “ARREST IS YET TO COME” pic.twitter.com/BG8QbIor2v

It's very hard to take Kimberly Guilfoyle seriously, no matter what she says. All I see is this mess. pic.twitter.com/H5xssSzZ3g

I would protest that is not fair, Ic, if she hadn’t done it like 47 times…

It's a sad day for America because a white collar criminal on a decades long crime spree since 1973 is finally being held accountable.https://t.co/ZnjFuKCnh0 pic.twitter.com/tGOLBIL4NA

This meme is getting a workout. pic.twitter.com/hb9tBiTr8X

No. This is a sad day in America. This beer could have been used to celebrate Trump's conviction. https://t.co/Ep9tbMFSA6

Kimberly Guilfoyle was a prosecuting attorney and a asst. district attorney. Yes, that is hard to believe.

Haha…and in Season 2 he was desperately trying to win in order to prevent exactly what he is facing now. Despite Tru

Watching the Kardashians no doubt.

They can’t defend the indefensible, so they attack to prosecutors. Mafia tactics.

She learned from the worst…

Just show us that Drumpf and the rest didn't do this! Ever heard of FACTS?? pic.twitter.com/g3y5WXOpZd

All your memes R belong to me, Carol.

That seems like a good note to end on.