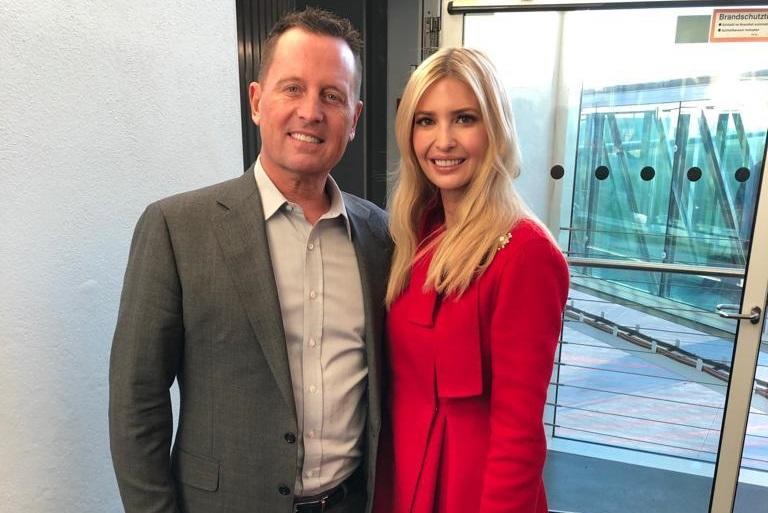 The spin on last year’s insurrection is wild, as expected. The MAGAs can’t admit the truth of what happened last year, so they’re coming up with anything that they can to whitewash and deflect from the reality of what took place.

That said, Ric Grenell has a take on this that even the most cynical, not to mention imaginative among us, would not have come up with.

Listen and wonder if you can believe your ears.

Ric Grenell: "January 6th was a terrible day because it's the day Big Tech and the media kicked President Trump off Twitter" pic.twitter.com/uRLTkl3qNT

Grenell is hoping that you don’t remember this, and other things like it.

BRET BAIER: I want to pin you down on what you're trying to do. Are you trying to say that Trump will be president after January 20?

JOSH HAWLEY: Well, that depends on what happens on Wednesday

BAIER: No it doesn't

Hawley’s famous fist bumping gesture to rallygoers outside the Capitol happened two days later, before they turned from rallygoers into rioters and attacked the Capitol, after Trump egged them on in a speech that used the word “fight” over twenty times.

Then Senator Hawley and 146 of his Republican buds in the House and Senate voted against certification. Hawley had already been on television the day before saying that his goal was to deny Joe Biden the presidency and retain Trump, even though Trump lost. Why Hawley isn’t undergoing censure or removal from the Senate is because there are so many of him. The entire Republican party, with the exception of a few outliers, is totally corrupt.

But as passionate as Hawley was in January, by February the tune had totally changed. Then he was saying that his goal was only to “have a debate about election integrity.” Righto. Aaron Rupar points out in his newsletter today that debate doesn’t usually begin with refusing to certify the results of a presidential election. Hawley’s level of corruption and that of his cohorts in Congress is simply stunning.

Hawley gets a standing ovation after he brings up his January 6 vote to overthrow a free and fair election and Joe Biden won pic.twitter.com/55rsSGBZNs

That is a brief snapshot of what was happening in this country a year ago today, but Ric Grenell would have you believe that the true tragedy lay in the fact that Trump lost his Twitter account. The vindictiveness of Big Tech and Jack Dorsey personally was the takeaway from January 6, but somehow you and I missed it. Un-bee-leave-able. But this is who Trump had advising him when he was in office and this is who is in office these days with an “R” behind their names. These are Trump’s “best people.”