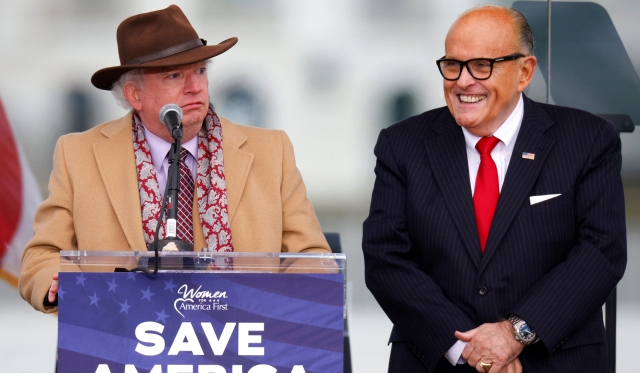 The more I watch the J6 hearings, the more one simple train of thought keeps going through my head, These people are bone fucking stupid! And that goes for almost every Trump miscreant I’ve seen exposed.

And now they’re coming out in droves. The J6 committee has interviewed more than 1000 people, how many staff members among them. Trump canned cronies can’t hurt them anymore, but defying congress sure as hell can. And they’re voting with their testimony.

But worse yet in the bone fucking stupid category is their complete inability to stay away from the media! Fraud trade advisor Peter Navarro has been on The Beat with Ari Melber 3 times, and he’s killed himself each time. In his first interview, Melber was moved to say, Sir, you do realize that what you’re describing is an attempted coup, which Navarro denied. The third time, the night before he was arrested by the FBI after refusing to speak to congress, Melber again leaded, Sir, you have refused to speak to the J6 committee and the FBI. You do realize that when you talk to me on the air, the investigators can hear you, don’t you?

Soon to be convicted felon John Eastman isn’t doing any better. He has made a habit of embarking on a far right media tour to defend himself, and explain to the Trombie cretins why everything he did was legal, even though committee testimony shows that Eastman already knew that even if the stunt went off, it would lose in the Supreme court 9-0.

One Name from the past to watch for on Tuesday. Listen for the name of Boris Epshteyn. He is a barred lawyer who was one of Trump’s earliest TV surrogates in the 2016 campaign, before, like his mentor, KellyAnne Conjob, he was booted from every reputable network for his obstinance.

Like Peter Navarro, Epshteyn just couldn’t resist going to the media to lick his nuts. On The Beat with Ari Melber, Epsteyn came right out and admitted that as a member of the Trump campaign he had called state legislators instructing them how to overturn the election results in their states. His justification was novel, everything he was doing was legal, since Rudy Giuliani had vetted the language for constitutionality. Is he fucking kidding me? I wouldn’t let The Ghoul Man represent me in court on a parking ticket!

Tuesday’s hearing should be interesting. They are doing a deep dive into the Trump campaign’s attempt to corrupt the legislatures of the GOP controlled swing states to overturn the election. Get ready to hear quite a bit about Rudy Giuliani, Sydney Powell, Boris Epshteyn, and several lawyers you’ve never heard of. But bear one simple thing in mind. The DOJ has already announced that it is actively investigating Trump influence and interference in the swing states to overturn the election. Tuesday’s hearing should give them something to think about.