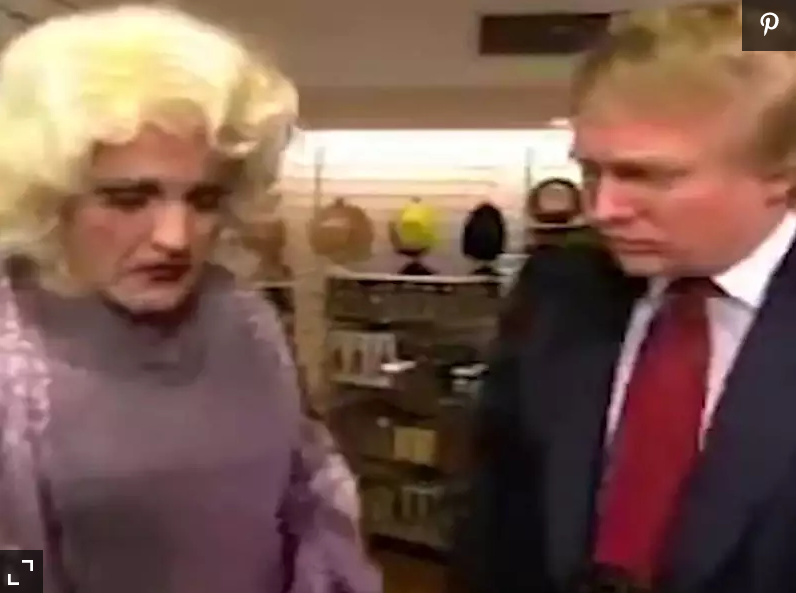 Whether you’re a gambler, a baseball player, a hockey player like me, or even just a casual sports enthusiast such as a golfer or bowler, sooner or later you’re gonna run into a stretch of luck make you wanna just sit down and cry. In my career I’ve hit sticks, goalposts, crossbars. Skates, gloves, and even a teammates ass that kept a perfectly placed shot from going onto the net. It’s inevitable, and it drives you insane.

Legally, that’s where The Cheeto Prophet is right now. The last I saw, even his hair was limp and defeated, and his orange spray tan looked more like a radiation victim. And I well know the feeling. Just as when you don’t even wash or change your game socks when you’re on a roll, when you’re drilling a dry hole, you’d change your fucking name and jersey number if you thought it would help.

But even amidst all of his current legal troubles, he has a hidden ticking time bomb on his horizon, which I’m sure he isn’t even giving a passing thought to, which will make will make Trump crawl into a corner, curl up, and cry like the baby he is if it ever actually goes off.

Two simple words. Rudy freakin’ Giuliani. That ruffian has been far too quiet for far too long right now, and that gets my nose whiskers twitching. The last we heard of The Ghoul Man, rather than telling the J6 committee to go pound sand, he was negotiating terms for an appearance in front of the panel. And after that, he dropped off of the radar like he had been whisked off to a rendition center in Poland or somewhere.

Look, I’m no oracle, and I’m making no predictions here, but there are so many reasons for Giuliani to cut a deal with the committee that if I listed them all, it would look like the Manhattan phone book. Let’s just take a quick spin down memory lane at a few of the most recent and most pressing of them;

But the best reason for Giuliani to flip is the one that Shakespeare said is Best served cold. Revenge. Throughout their relationship since Trump became President, Trump has treated Giuliani like the Roslyn Village Idiot. He has dismissed and humiliated him in meetings, in private when Giuliani wasn’t even there, and casually in rally speeches. He fobbed off his criminal extortion attempt with the Ukraine by telling everybody to Ask Rudy. Sweet Jesus, The Mango Messiah has never once treated a brainless moron like the My Pillow Guy, Mike Lindell with the casual disdain and embarrassment he has rained down on Giuliani.

I mentioned earlier that the J6 committee wrapped Giuliani up in a rug and put him in a foot locker once they started negotiating, and I think I know why that is. I love the J6 committee to death! For the most part, they have treated their work like a grand jury hearing. And I’m pretty sure that one of their first negotiating demands for Giuliani is that he Keep his big fucking mouth shut! What other reason can there be for a guy who gravitates to a camera the way a moth gravitates to a flame to suddenly go AWOL?

There are only two ways that I can see this going. The first is that this is a naked power play from Giuliani. It was publicly reported that after the post election kerfuffle, Giuliani begged Trump for help with his legal bills, accumulated working on Trump’s behalf. Trump’s reported response was akin to, If you were a better lawyer Rudy, you wouldn’t have all of these problems, would you? That is so Trump that I can almost hear the sneer in his voice. Giuliani may be using this leverage in one more quiet attempt to get Trumpelthinskin into ponying up for his legal defense fund.

The second option is the Shakespeare option, revenge. Giuliani is a prideful man. He is a former US Attorney for the SDNY, the most autonomous and powerful office in the DOJ. He is a former New York City Mayor, the one who got the city, although rather badly, through the 9/11 disaster. I say badly because Giuliani’s first response to the tragedy was to try to delay the New York Mayoral election to give him more time in power. And he’s a former GOP primary Presidential candidate. And Trump made him look like an ass clown.

This can’t go on forever. The J6 committee is on an expedited time schedule, and they don’t have time to dick around with Giuliani. I expect them to give him a time limit to decide on his cooperation, and if Trump doesn’t kick in by that time, Giuliani is going to have to cross the Rubicon, one way or the other. And I think I know which way he’ll fall. At his core, Giuliani is weak and self indulgent.

I recently wrote an article in which I posited that Trump actually greased the skids to his current legal demise by being such a cheap prick. He regularly stiffed his lawyers, and now in his hour of need, nobody wants to represent him. And I’m sure that in the legal morass he now finds himself in, Giuliani is barely a blip on his radar. But Rudy Giuliani is far more dangerous than Trump gives him credit for being. For once in his misbegotten life, Trump’s best move is to open up the checkbook, cover Giuliani’s legal bills, and keep him quiet. Because one possible alternative isn’t just a Giuliani deposition before the J6 committee, but a live prime time deposition broadcast on national television. We’re about to find out just how stupid Trump is. Don’t touch that dial.