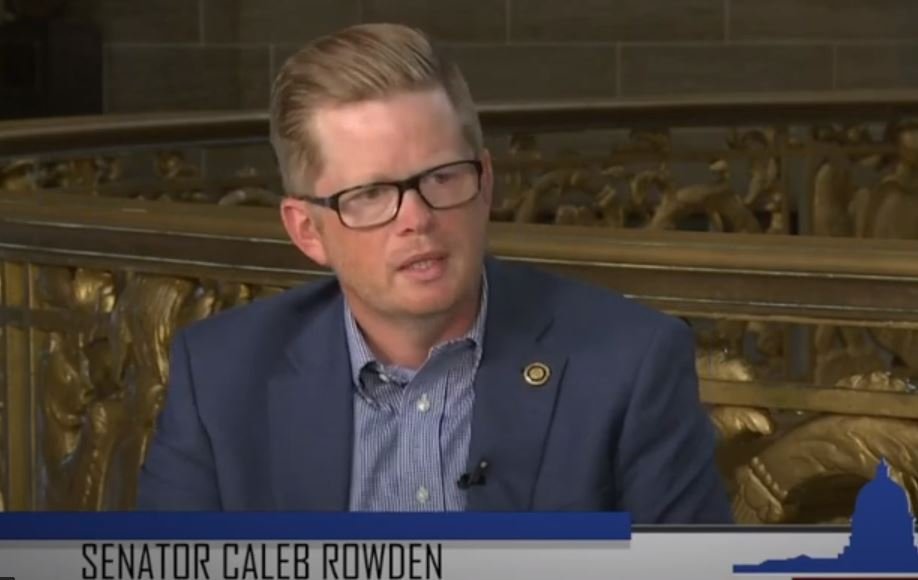 This afternoon while Missouri Senate Majority Leader Caleb Rowden was presumably doing Missouri Senate Majority Leader stuff, like overriding Federal law to allow domestic abusers to possess guns, opposing Red Flag laws and such, he saw a frightening missive tagged to himself and Missouri Governor Mike Parsons from Twitter user @Greitens_Eric… “we’ve got our permit and we’re coming for you.”

“Hours after former Missouri Gov. Eric Greitens released a video saying he would hunt members of the Republican party who he considered not conservative enough, the Republican floor leader of the Missouri state Senate said he had contacted law enforcement.

“We have been in contact with the Missouri Highway Patrol and hope that former Gov Greitens finds the help he needs,” Senate Majority Leader Caleb Rowden posted on Twitter Monday.”

Yeah, it’s a bad thing to allow victims of domestic abuse to be protected from gun violence…

I wish you brought this same energy to the Senate floor in 2021 when victims of domestic abuse were literally begging you to ban convicted domestic abusers from owning guns. People with a history of violence should not have access to guns. In any situation.

Now might be a good time for Republicans in #moleg to reevaluate their opposition to Red Flag laws.

But, man, oh, man just let a troll who has already deleted his account…

…send a nasty gram to a Senate Majority Leader and it’s time to get the State Popo up in this bitch.

This Twitter wit had a better idea for the Majority Leader:

But seriously folks, this GOP on GOP violence just has to stop, doesn’t it?
Christ, if Rowden were subjected to 1/100 of the abuse suffered by the good liberal women on Twitter, he’d try to have the Nation Guard surround the Capitol in Jeff City.