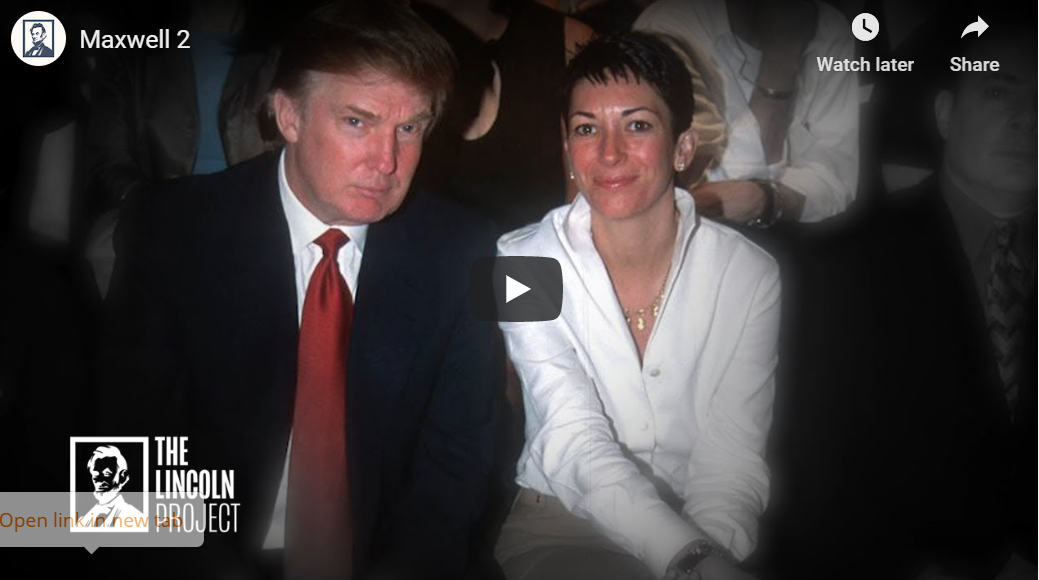 This is a spin on QAnon and yet another testament to how utterly lost the Republican party is in this day and age. It still surprises me to see this kind of evidence of how shattered the GOP is, although in all truth, it was noted when Donald Trump got put on their 2016 ticket that this was no longer the party of Ronald Reagan and that in fact there was no room for Dwight Eisenhower in today’s Republican party, either.

Nevertheless, the more evidence that comes in that the GOP as we knew it is long gone and instead there’s a confluence of clowns talking conspiracy theory and QAnon sound bites in its place, is still shocking.

New conspiracy theory making the rounds. That the Ghislaine Maxwell trial is going to reveal all the global elite pedos associated with Epstein, so this new variant is being manufactured to distract from the trial. pic.twitter.com/fdakU5QIkQ

As stated, pure QAnon. It hits both main bases, the global pedophile ring and the COVID “hoax” and of course it’s coming out of the mouth of somebody who’s running as a Republican and wants the base to vote for him.

And the fact that he’s got an alliance with these two will not surprise you at all.

Something to think about as corrupt forces attempt to turn Americans against Lin Wood and General Flynn and spin a distortive narrative right before Maxwell case should be hitting front and center stage. Keep your eye on 2020 and the Blackmail economy being exposed. pic.twitter.com/MEewmCLzht

I did a video comparison of I AM / Church Universal Triumphant cult leader Elizabeth Clare Prophet in 1984 and Mike Flynn in 2021.

It’s verbatim the same. He just changed “I AM” to “WE WILL”

Please share this with his cult. It’s important that they know he is not a Christian. pic.twitter.com/dFxKZBw4pn

Prophet was a controversial figure who in the late 80’s told her flock that the Soviet Union was planning a nuclear strike. Many of them gathered food and weapons and began building bomb shelters. Interesting that Flynn would pick her words to pass off as his own. Maybe he intends to assemble his own group of armed followers.

Prophet was not considered a Christian. Some people characterized her as a New Age witch. Again, it would be interesting to know why Flynn made this particular choice.