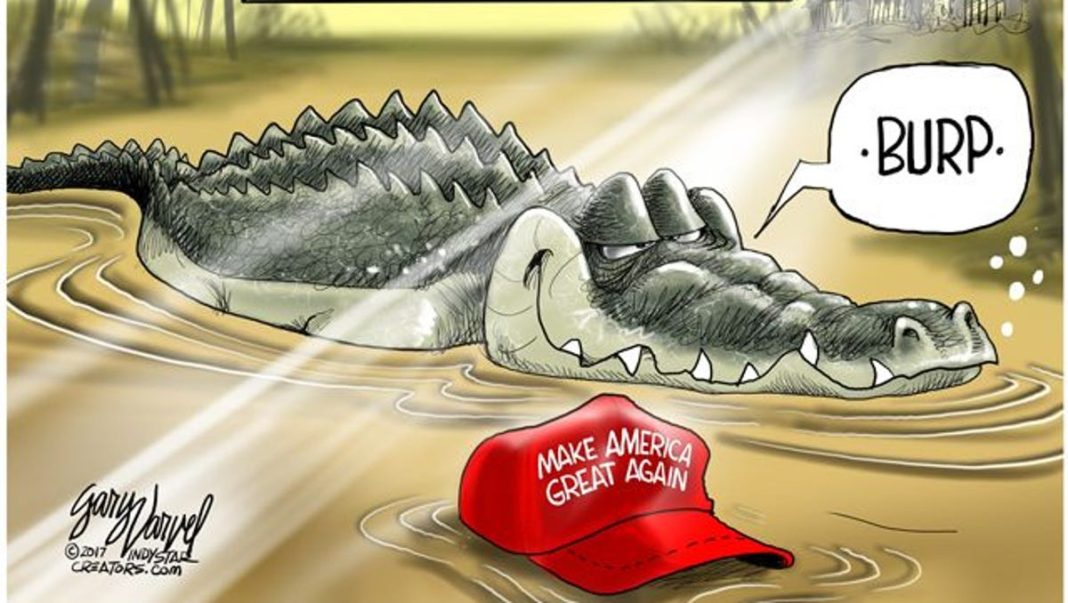 Two stories broke yesterday, both vintage Trump. One is that the City of Albuquerque is tired of waiting for its money, $200,000 owed since 2019, to be precise, for security services. They have sent numerous letters to the Trump campaign and those have gone unresponded to, so the city has turned the matter over to a collection agency and they’ll begin all those pesky calls — except of course, conveniently, the Trump circus is leaving hot muggy Florida and flocking north to New Jersey. And Albuquerque doesn’t expect to get paid anyway. But guess what? They’re fighting fire with fire. Mayor Tim Keller went on television to talk about getting stiffed. KOB:

Most of America found out about the debt when Keller appeared on the Daily Show to talk about the bill.

Despite the newfound attention to the bill, Keller doesn’t expect the collection agency to get money out of Trump.

“Given what else has happened, I mean in terms of, even his own campaign owing money to donors and lots of shady stuff there, so unfortunately I don’t really expect us to get paid,” he said. “But it’s important that we do, and you know, we would do it for anyone else, so he’s no different.”

KOB 4 reached out to the Trump campaign to find out if it plans on repaying the City of Albuquerque. The campaign replied with an email that stated the campaign is “reviewing your request.”

Now what is interesting here, is that Albuquerque is far and away not alone in being stiffed by Donald Trump. It may well be that some of the other 14 cities to whom he owes a collective $1.82 million will take to the airwaves and put him in collections, too and that should be a real howler. Newsweek:

The Trump campaign’s largest unpaid bills were from El Paso and Minneapolis, with $569,204 and $542,733, respectively, according to CPI. Both of these cities are awaiting payment for campaign rallies in 2019.

Other cities, such as Spokane, Tucson, Burlington, Eau Claire and Green Bay, are still waiting to be reimbursed for rallies in 2016.

“Without this money, we cannot help our most vulnerable, and I guarantee we do not have enough money to prevent lives lost and homes lost,” Kate Burke, a City Council member in Spokane, told CPI.

That’s what Trump doesn’t get and is incapable of understanding. If you don’t pay people money for one thing, it means that they don’t have it to pay for something else that’s needed. That is where his irresponsible and dishonest behavior actually becomes cruel.

So now the circus moves north to New Jersey and the grift goes on. An aide told Business Insider that Trump was going to jumpstart fundraising efforts for 2024. More likely than not, he’s going to try to raise money to pay his legal bills. Bedminster is the place where in summer of 2019, after Trump sent his operatives to pressure Ukraine into launching an investigation of Hunter Biden, Trump kicked back and waited for a response and debated whether to kick Mike Pence off the 2020 ticket and replace him with Nikki Haley, Kristi Noem, some generic GOP female.

Now all the RNC money he’s been raking in for high-ticket dinners at Mar-a-Lago will be spent at Bedminster. Meanwhile, as Trump wheels and deals for the next big grift, and that may be the 2024 GOP nomination, the underdog, in the form of the 14 cities Trump owes lots of money to, is demanding to be fed. And vox populii frequently sounds in favor of the underdog.

This is going to be an interesting summer.