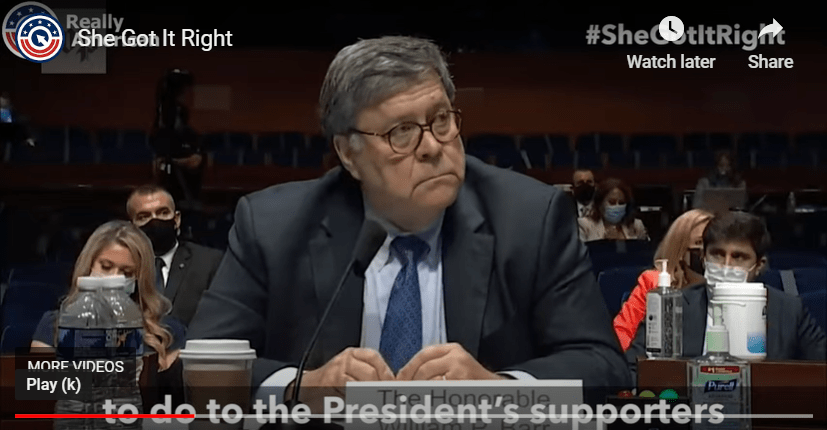 A lot of substance came out of the second January 6 Committee hearing earlier today. It’s obvious at this point that this is sending seismic shockwaves through not only Trump world but the GOP in general.

Bill Barr’s clip, which you will see below, set two things in motion simultaneously. Barr is now the enemy of Dinesh D’Souza, a development which I’m sure will make Barr, not to mention the rest of us, yawn with indifference, but wait, it stands to be a comical development. The only way I stay sane through all of this is to take a 10,000 foot view and see it as satire, the human comedy. If I only see the negative aspects of what is happening in this country, I become profoundly depressed.

The second effect, not surprisingly, is that Trump lashed out at Barr and called him a “Marxist” as if Trump himself would know Karl from Harpo or Groucho — if he even knows who they are.

Bill Barr continues to destroy the Big Lie, saying he thought, "Boy, if [Trump] really believes this stuff, he has become detached with reality." He then laughs at the stupidity of the '2000 Mules' movie. pic.twitter.com/XQcmgBThB6

I certainly identify with the guffaw at the end. As a matter of fact, on this one narrow issue, of what “bullshit” the Big Lie is, Bill Barr and I are as one. Fancy that.

Here is D’Souza’s response and it’s to die for.

And Barr really kicked over the hornet’s nest, now. He’s getting a lot of incoming fire.

Liz has reason to be miffed. Her entire Twitter feed is a chronicle of D’Souza’s idiotic allegations.

A high percentage of mules who trafficked ballots from left-wing organizations also were at riots in the summer of 2020https://t.co/vqx42i1cKO

Ballot traffickers in Arizona paid between $10 and $40 per ballothttps://t.co/7RWETMb0OG

There’s a lot more of this in her Twitter thread if you want to go and look. I think Harrington is skating on very thin ice here, but I do not pretend to know the ways of Twitter. 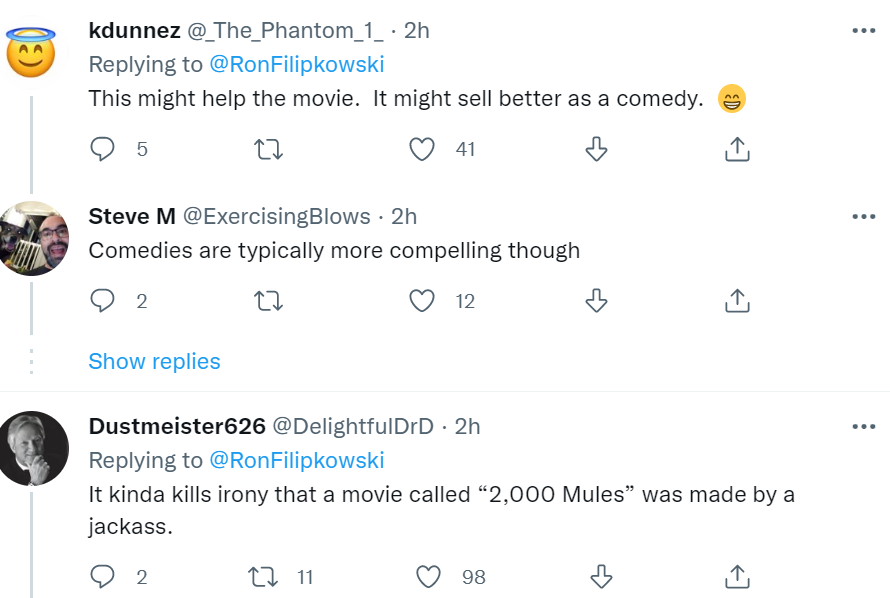 And don’t forget, movie fans, Mike Lindell has an epic coming out mid-July which will “change everything.” My idea is that he title his opus, “2001 Mules: A Space Cadet Odyssey.” Ima go find a way to send Lindell that suggestion. He’ll love hearing from Yersoola Faw, I have no doubt.