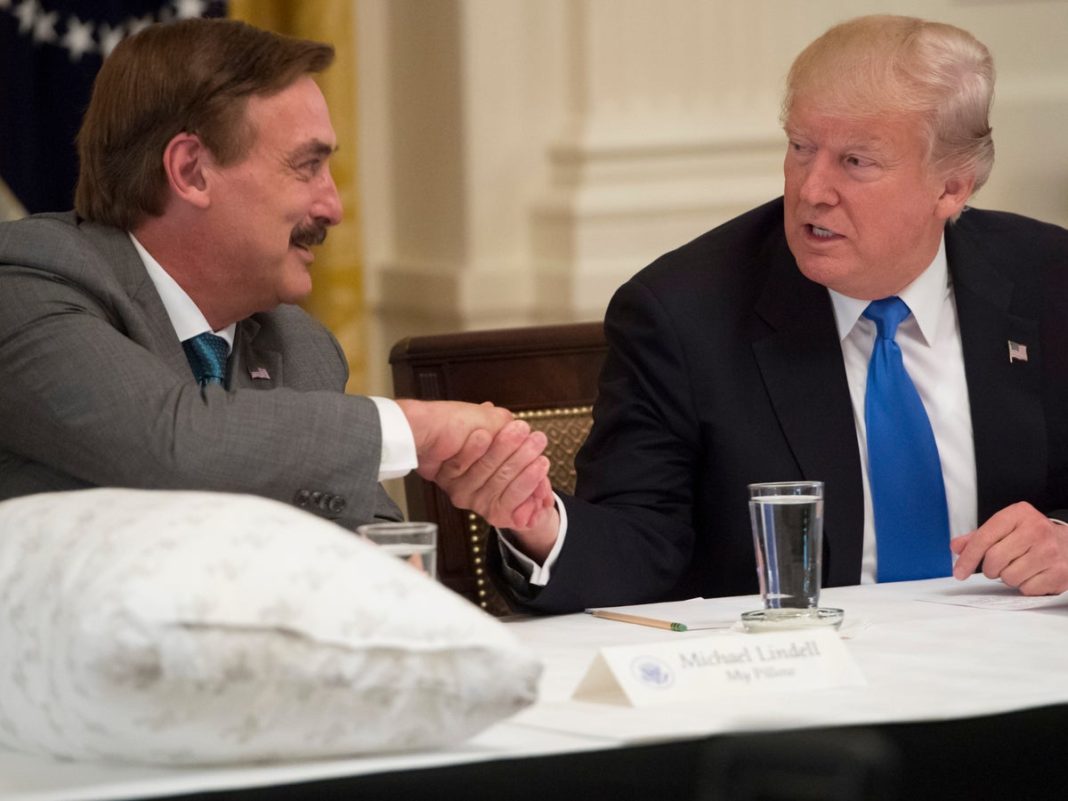 What’s that you say? Don’t you have to have a meritorious case to present to the Supreme Court to get them to consider anything? And if Lindell had such evidence, wouldn’t he have presented it in one of those 61 lawsuits? Pshaw. That’s killjoy thinking. What’s wrong with you? Lindell’s brand of thinking is magical.

Mike Lindell really believes that he’s saving America. That is the tragedy of this. He’s not just trying to baffle the rest of us with his bullshit, he believes his own bullshit. That fact begs a moral consideration, here, does that mean he’s not guilty of undermining democracy by proselytizing the Big Lie non stop? Is he exculpated from that dreadful responsibility — by reason of insanity, basically?

Because if Lindell is consciously trying to undermine faith in a free and fair election, the cornerstone, yea the very bedrock of democracy, then he is nothing short of a traitor. But if he’s unconsciously wreaking havoc with our norms, due to the waking dream that he functions in — and which is a nightmare for the rest of us — then does that render his actions innocent?

These are weighty philosophical and psychological questions to deal with. Certainly we have no answers here. But it is safe to say that he’s going to ride this train all the way to the end of the line. As a former crack addict, Lindell knows that untreated addictions will take you all the way to the gates of insanity or death and it looks like he’s already passed insanity, and now financial death is a virtual certainty.

I sure hope he tucked a little cash away in one of those pillows for a rainy day. Here’s the latest.

Lindell tonight announces his master plan. He is going to play his ‘evidence’ for one hour each night for 5 weeks on his new platform. After that “everyone in the country” will rise up and pressure the Supreme Court so much that they will vote 9-0 to make Trump president again. pic.twitter.com/ydimEoBNwC

According to my best estimate, there are at most 1,500 people in attendance at Mike Lindell's "Frank" rally. Many empty seats in the venue that holds 3,200. It seems like Lindell is also short of the 30K people he boasted would show up too! pic.twitter.com/qXLD3ZNY1y

The grotesque will always draw an audience. It's the nature of the grotesque that you cannot look away. That's what makes it grotesque, that sick fascination with something that is sick itself.

Be sure to mark it on your calendars, friends, one hour per day must be devoted to hearing Lindell’s evidence. The Kraken is crackling, snapping and popping, something like that. But Lindell’s on it, not to worry.