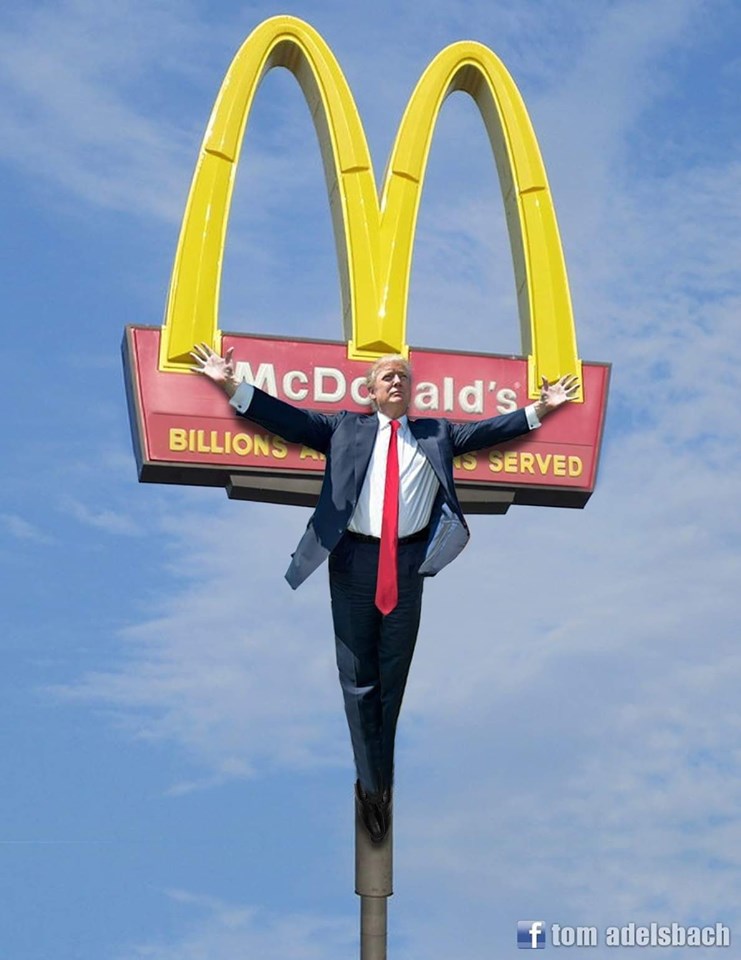 As Dear Ursula Faw just wrote, the FBI and the DOJ got what they came for, and in spades. Twenty boxes of shit including Classified, Secret, Top Secret, and Top Secret Compartmentalized. Now we know how they got the warrant so easily. Trump was literally a national security threat.

Buy if you listen to Traitor Tot and his media MAGAts, there’s a secret incantation to make all of this disappear. All Trump has to do is to hold up his hands like Merlin the Wizard, wave them around and intone, I declassified all of that shit! I could do that, I was President! And like everything with Trump, you have a lie wrapped in the truth.

Trump’s FUX News minions like Fucker Carlson and Cruella de Ingraham may not like it, but there’s a process involved in declassifying material. Don’t take my word for it, just ask Joe Biden. He had to go through it to declassify those documents on Saudi complicity in the 9/11 attacks.

But the funny thing is that it doesn’t even matter. I wrote yesterday that Merrick Garland was leading Trump around like a puppy on a leash. Well, now he’s got him doing Stupid pet tricks. Him and the rest of his brainless twits. Garland, like everybody else with 12 functioning brain cells, anticipated that Trump would play the declassification card, so he kept stoppers.

There were 4 separate possible criminal violations the FBI used to get their warrant. Ursula already wrote about violations of The Espionage Act. But again, you run into endless litigation over declassification, and the DOJ also has to prove Criminal Intent. There are two other charges I like a helluva lot better.

The first one is violations of The Defense Act. It is a violation to misappropriate, misuse, or improperly store any document(s) related to national defense. And here’s the kicker. The classification of the documents is moot! If you misappropriate it, misuse it, or misstore it, you’re in the hurt locker. I believe this is one of the charges they hit David Petraeus with when he gave classified documents to his lover and biographer.

But here’s my all time favorite, cuz it should be sending a chill down Trump’s spine. They accused Trump of misappropriation, alteration, destruction of, or concealment of Documents sought for or involved in a criminal investigation. I love that one so much I want to bear it’s love child! Garland is flat out telling Trump to his face that stolen documents may be the least of his problems. He himself is under active criminal investigation. And when you’re a 76 year old career criminal, it don’t get much scarier than that.

Once again Merrick Garland played Trumpenstein for a chump. Trump ran his bluff. But Garland knew that the only thing worse for Trump than releasing those documents would be hiding them. And Trump’s lawyers knew it too. And now we all know. It’s kind of hard to claim the search was a hoax when the inventory sheet show 20 boxes being confiscated, including classified documents. Trump isn’t just hoist on his petard, he got skewered by it. Don’t touch that dial.