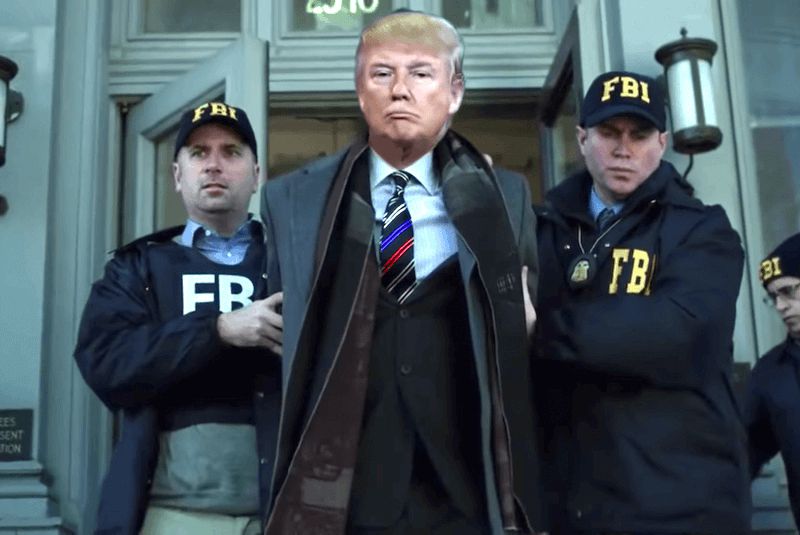 This is almost too beautiful to be believed. Not only does it provide a direct link to Trump of Obstruction of Justice, but because it exposes the one major failing of all rich shitpkes everywhere. They never pay attention to the little people that they routinely order around.

The Washington Post broke a story late today that puts Traitor Tot one giant step closer to a perp walk. The Post reports that multiple witnesses have told them that it was Donald Trump personally who ordered them to move boxes of documents from the basement storage locker. And worse yet, he personally ordered the workers to move them to His private residence. And just to pound the last nail in the coffin, he did that after he received a grand jury subpoena to return all the remaining documents.

Let’s just take a quick tour of the events leading up to today, in order to have a clearer picture of just how crushing thede revelations are

Look, the simple fact that The Cheeto Prophet actually possessed these documents is a criminal violation of the Presidential Records Act. The fact that some of those documents were national security classified documents put him afoul of The Espionage Act. But what the Washington Post reported today opens up a whole new bucket of worms.

A legal analyst on MSNBC today said that while the WAPO’s reporting might not be a gamechanger, what it did do was to open a brand new landing path to a totally different charge.

Follow the timeline. In May of 2022 Trump gets a DOJ grand jury subpoena to return all of the documents still in his possession at Mar-A-Lago. Testimony shows that Trump personally went through the documents, restocked the boxes, and then personally ordered low level employees to remove those boxes from the cellar secured room, and take them to his personal residence.

Forget about the Presidential Records Act for a moment, and just put the Espionage Act off to the side for a moment. Trump received an official grand jury subpoena to return all remaining government protected documents, and what did he do? He personally went through the documents, removed some, and personally ordered them to be transferred to his personal residence for safekeeping.

This is a classic, textbook case of Obstruction of Justice. Trump was under a legal writ to return all remaining documents to the US government, and instead he took the steps to remove some of the documents, and have them taken to a location where he hoped to hide them from any future search.

It can’t get any simpler or more direct than that. Due to DOJ internal regulations, don’t look for anything to happen before November 8th. But after that, all bets are off. Personally, I’d be be amazed if we get to Christmas without Trump being an indicted criminal defendant in the US judicial system. He played too fast and loose, and now it’s time to pay the piper. Don’t touch that dial.