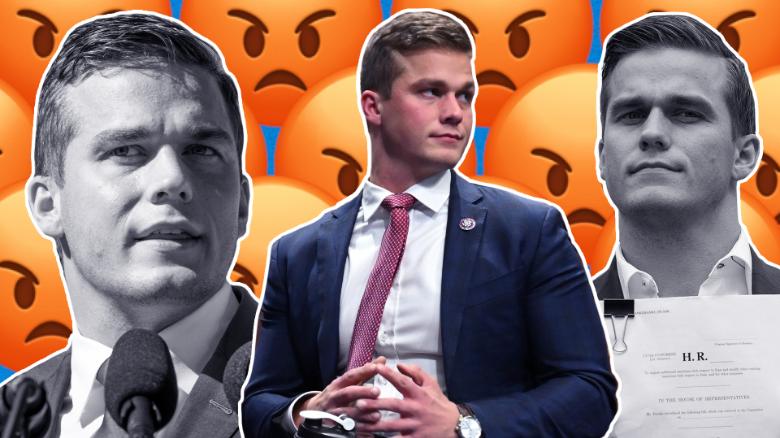 It is so devoutly to be wished that this ordeal of Madison Cawthorn in Congress will soon be over. The Democrats want it. The Republicans want it. Donald Trump may even want it. It has been noted that his “complete and full endorsement” rhetoric is notably missing from Cawthorn’s reelection platform.

In politics as in the rest of life, the devil is in the details. Cawthorn didn’t bother to pay local taxes because why should he? He’s not a responsible adult.

Local reporters found out about it and shazzam, miraculously the back tax money was found and paid, just yesterday.

Rumors are going through the House that the GOP has warned Cawthorn that he cannot break another law, that if he shows up with a gun at another airport, has another speeding ticket, etc., actions will be taken to banish him from the conference. We did publish photos here of a tear-streaked Cawthorn leaving Kevin McCarthy’s office. I do believe those words were said. Whether they will be implemented into action is entirely a separate proposition.

We shall see. If there is one thing that has been continuous, it’s the erosion of the morality of the Republican party. I, for one, have no doubt that if the GOP retakes the House and if Cawthorn and Greene manage to survive, Greene will get back her committee assignments and Cawthorn will have free rein to carry on, probably crazier than before.

It’s the weekend of the full moon, the Flower Moon, in fact, and Tuesday will tell us a lot, not just about Cawthorn’s race, Oz’s race, and a few other key matches around the country, but about the direction things are headed for the fall.

I am fascinated by Cawthorn’s race. I think he got into office as a novelty, the handsome young dude in the wheel chair, the humble, photogenic fellow who was talking about empathy and unity. But what got him elected in the first place and what he has delivered the past year and a half are night and day. He promised conciliation, he delivered chaos. I think he’s toast. I think he has disgraced himself and his constituents one too many times. How I pray that I’m right.