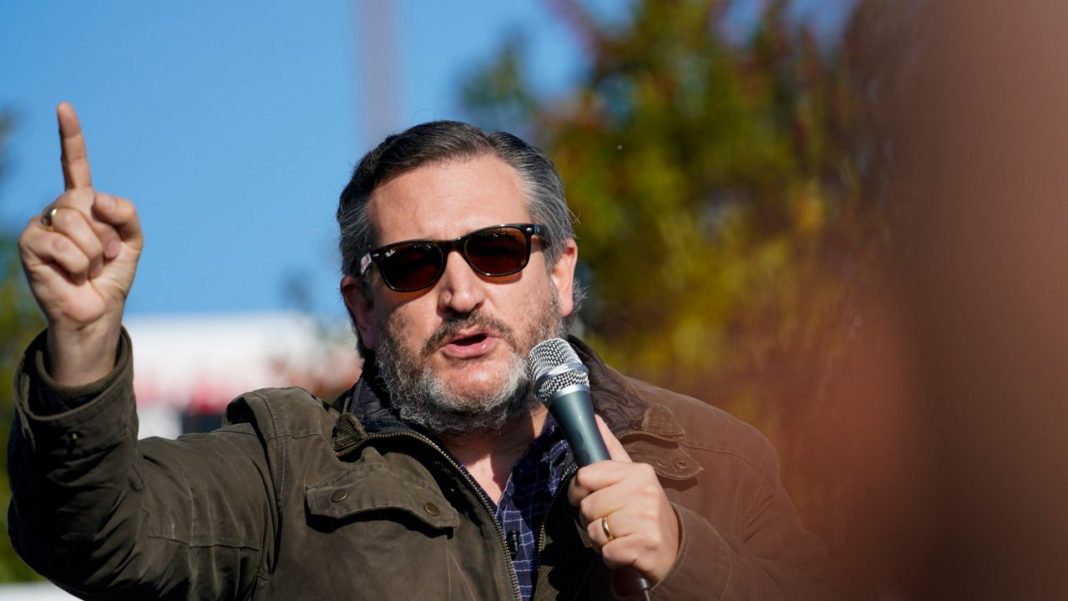 Now I know why Cancun Teddy Cruz has that trenchcoat candy little girl beard. He can’t bear to look at himself in the mirror to shave in the morning. He may be a constitutional law scholar, but he’s a practical legal moron. And today Judge Jackson sat him on a stool in the corner with a pointy hat on his head.

Terrible Teddy came loaded for bear. And he concentrated on two main points. The first was the now mandatory dog whistle of critical race theory and white shaming, and the fact that she was soft on criminals, especially child sex offenders. And the took him behind the woodshed for a serious spanking.

We’ll start with Cruz’s critical race theory debacle. He pressed her on her knowledge of CRT, and its place in her judicial philosophy. She admitted that her knowledge of CRT was inuited, and that to the best of her knowledge, it was only taught in law school. As it happens, Judge Jackson sits on the board of a private school founded by Jewish people and African Americans to be able to grow and learn in harmony. Cruz hauled out a half a dozen books dealing with CRT, and race nullification among other racial subjects, and asked Jackson if she was comfortable with 4-8 year olds being taught this content. Mistake 1.

She politely thanked him for his question, and then she tore him to shreds. She educated him to the fact that as a member of the board, neither she nor any other member of the board had any input into the curriculum or teaching materials. They made sure the school ran smoothly, and the children were well educated. She herself was unfamiliar with those books and had read none of them. At that point Cruz pulled out a book and said that he had read the entire thing, and he was astonished. At which point I turned to Teri and said I’m astonished! I thought Calgary Cruz’s library was all Dr Seuss. Mistake 2.

Judge Jackson reiterated the fact that she had not read the texts, and that the board had no control over school materials, and then sweetly said that this seemed a bit far afield from her actual judicial record, which is what she thought she was supposed to be there for. Oh! Snap!

Terrible Teddy retreated to his corner, licked his shriveled nuts, and went at her about being a bleeding hearts.  In this, he was setting the table for dim bulbs Tom Cotton and Josh Hawley who followed. He brought up 10 federal cases the sat over with perpetrators of what the government titles as child sex crimes involving child pornography. He cited 7 cases in which Judge Jackson had deviated south of the mandatory minimums, and beneath what the prosecutors asked for, noting the percentage under which she under sentenced them. Mistake 3.

Jackson schooled Cruz up on the actual mechanics of federal sentencing guidelines. The federal sentencing guidelines are just one part of the judge’s considerations in sentencing. Because the United States Congress keeps passing new laws that force judges to take other factors in consideration when sentencing defendants. She didn’t have the autonomy to just follow sentencing guidelines because Calgary Teddy and his cohorts kept throwing a monkey wrench in the works. And the cases Cruz was screaming about had defendants who never actually contacted or touched a child! They were charged with possession and distribution of child pornography on the internet. Judge Jackson followed the legislatively mandated mitigated factors in considering sentencing.

When Cancun Cruz finally shut up and slunk under his desk. Democratic Senator Chris Coons came along and batted cleanup. He highlighted the fact that her downward deviations in sentencing in child sex offender cases were actually to the high side of downward deviations on the national judicial average. And then he took her through six cases in which she sentenced above the sentencing request of the prosecutors.. They blew Cruz out of the water.

Teri and I were out, so I missed Josh Hawley’s certain humiliation, but I was home in time for Tom Cotton. Cotton came on like a mob thug going after a gambling debt. Once again, he took her over the falls on the leniency of her sentencing, especially in the case of a hard ass drug distributor she judged and sentenced to 20 years, and then reduced his sentence on a later humanitarian appeal.

This gets a little complicated, so I’ll explain. Cotton strongly inferred that Jackson reduced the sentence under a Covid law the congress passed to provide early releases of non violent drug offenders to reduce the prison population. Cotton strongly inferred that Jackson had arbitrarily rewritten the law in order to let a violent drug criminal go. Jackson reared back her right arm, uncorked it, and smote Cotton right in the chops. She told him that the Cocid release bill had nothing to do with it. From the time of her 20 year sentencing congress had rewritten the law for minimum sentencing guidelines for non violent drug offenders! When the defendant filed his humanitarian plea, his original sentence was no longer constitutional under new federal law. And then, just to put the stake in Cotton’s heart, she advised him that the defendant had not gone free, he was still in federal prison serving his reduced sentence. I’m not sure, but I think Cotton left the chamber after his questions to change his Depends.

Judge Ketanji Brown Jackson is golden. Her credentials are impeccable, her judicial record is impeccable, and her personal life is impeccable. In an earlier, saner Senate, she would have already been approved by a vote of 97-3. Instead, Jackson and the Democrats were able to use the marathon grilling to show the GOP Senate for the sniveling racist cowards that they are. Jackson is on a glide slope to confirmation. And the GOP looks like shit.