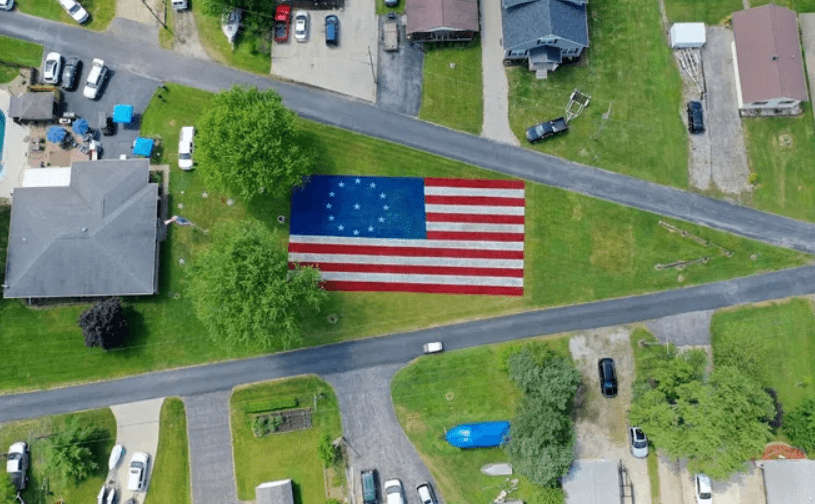 Donald Trump does seem to be batting 1,000 in Ohio, I’ll say that much. In the recent primaries, he endorsed J.D. Vance for the Senate, Frank LaRose for secretary of state, Max Miller, his “music man” from the White House for rep of OH-7 and Madison Gesiotto Gilbert, for rep of OH-13. Four up and four down.

Trump has endorsed another GOP jewel in Ohio, namely J.R. Majewski, who is also running for congress in a district which is currently labelled a toss up. Let’s hope he doesn’t win. The last thing we need is a secessionist in Washington. Majewski’s video on why all 25 red states should have seceded from the Union in 2020 after Trump lost, was taken down after CNN busted him on it.

Majewski, who works in the nuclear industry and is an Air Force veteran, is already under scrutiny over his past promotion of the false QAnon conspiracy theory and his attendance at the January 6, 2020 “Stop the Steal” rally which preceded the Capitol riot. Majewski emerged victorious in a crowded Republican primary earlier this month and will face off against long-serving Democratic Rep. Marcy Kaptur in the newly drawn congressional district this November. The race is considered to be competitive and is likely to be a toss up.
–
“I was actually going to say,” Majewski said in a video on the livestreaming app Periscope. “I didn’t want to be a hype beast, but I’ve had it in my back pocket to say that every state that went red should secede from the United States.

“I don’t think it sounds out there,” he added. “Why should we go to this — the left, they’re f**king psychotic. I mean, it’s not, it is not out there brother. I mean, in my opinion, they’re beyond they’re, they’re — it’s irrational. They’re way of life is just crazy. To me, secession is not out there. It’s all about how you frame the dialogue though. You can’t just, you know, obviously you’re talking to me, different story, but the general population, you know, we have to break ’em in easy.”
–
Majewski appears to be responding to a commentator on his livestream who asked his thoughts on “literally splitting up and making our own country.”

–
Let me interject a note here: People who are analyzing Trump’s track record of endorsing folks are noticing a clear pattern that he does very well in a situation which isn’t competitive. He’s gotten 64% of his endorsed candidates over the finish line, which in any normal world — which this is not — would be most impressive. But part of that is because he doesn’t get into an endorsement unless it’s a sure thing, like with Mastriano in Pennsylvania, whom he endorsed in the last week. I think Herbster going down in flames in Nebraska was a wake up call and not a happy one. And he’s not happy about Oz clawing for the nomination. Not a tall a tall.
–
Majewski is the guy who painted the American flag on his lawn, hence the image at the top of this piece. We’ll see how far he gets. The sad fact is, he may join the other fringe crazies in the House. Ohioans have chug a lugged the kool aide for reasons which are beyond me.
Help keep the site running, consider supporting.