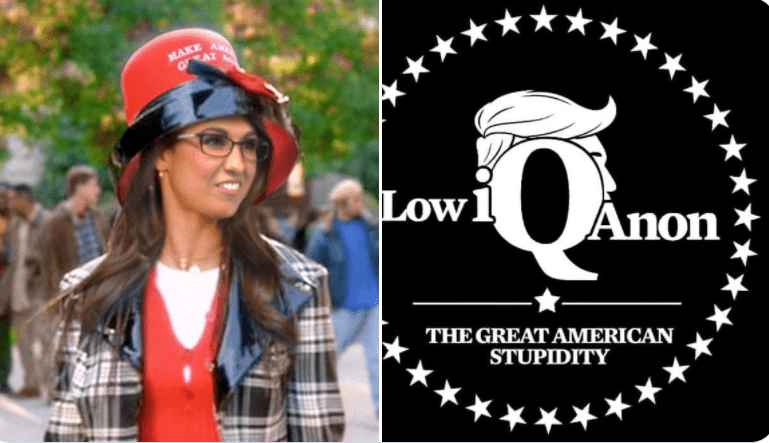 There are three members of Congress whom I have been praying nonstop would get defeated. So far one of them is gone, Madison Cawthorn. The other two are his BFFs (or were his BFFs, let’s say) Lauren Boebert and Marjorie Taylor Greene. Realistically, Greene may survive somehow because she is in such a dark red district. I hate to say it, but it’s true. But don’t give up already because the same thing was said about Madison Cawthorn.

Cawthorn was also predicted to be bulletproof and nobody believed that fable more than him. Now we have lived to see what can happen when people go out and vote.

So that leaves Lauren Boebert. And this may be the beginning of the videos which will end up purging her.

I have said this many times and I stand by my original premise: Boebert’s district has been redrawn to include uber liberal Boulder, and between that and the complete ass that she’s made of herself in his congressional career so far, I don’t think she’s going to hold up. I could be wrong.

Since we’re on the subject of Boebert, here’s more idiocy.

Always working hard to serve her constituents, Boebert posts a video claiming credit for ending the disinfo advisory board. pic.twitter.com/55wG1a6CVQ

We’re so glad she’s got the time to get videos made. And actually, maybe that is a good thing. The less time this dummy spends in the effort to make laws, the better off we’ll all be.

I don’t think she’s going to last. I grew up in Colorado. Granted, I left in 1978 and a hell of a lot has changed there and everywhere. But unless the place has gone completely insane, I think Coloradans will make the decision to throw this rubbish in the trash.

That leaves Marge Greene. At this point today, that’s an impossible race to call.