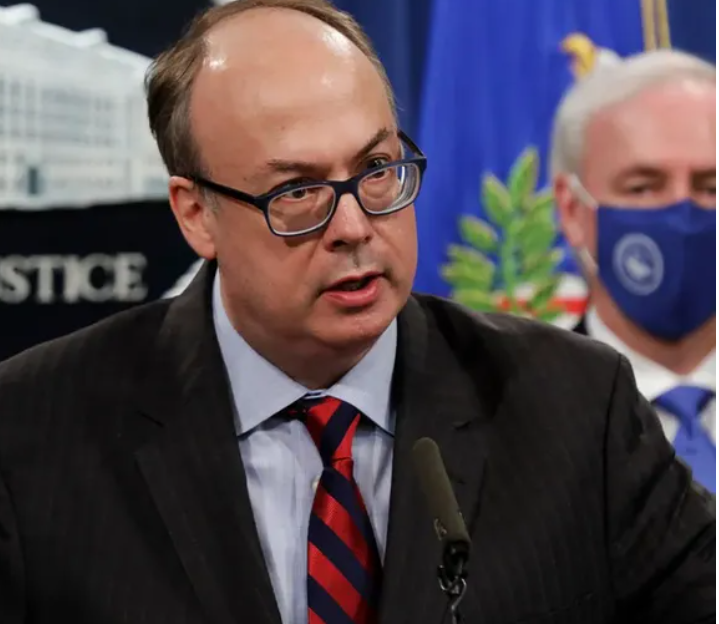 The New York Times just broke this story mid-morning Thursday, a few hours before the January 6 Committee Hearing is scheduled to go forward. Wednesday, federal investigators raided Jeffrey Clark’s home. It’s not clear what they were looking for, but they did seize electronic devices, and what is clear is that Clark was central to Donald Trump’s plan to present slates of fake electors in order to overturn the lawful results of the 2020 election.

Mr. Trump considered and then abandoned a plan in the days just before the Jan. 6 attack to put Mr. Clark in charge of the Justice Department as acting attorney general. At the time, Mr. Clark was proposing to send a letter to state officials in Georgia falsely stating that the department had evidence that could lead Georgia to rescind its certification of Joseph R. Biden Jr.’s victory in that key swing state.

The search at Mr. Clark’s home also came as a federal grand jury continued to issue subpoenas to at least eight people in four different states who were involved in a plan by Mr. Trump and his allies to subvert the normal workings of the electoral process by creating fake slates of pro-Trump electors in states that were actually won by Mr. Biden.

Mr. Clark did not respond to a request for comment on Thursday.

Mr. Clark, who once served as the acting head of the Justice Department’s civil division, helped in late December 2020 to draft a letter to Gov. Brian Kemp of Georgia stating — without evidence — that the Justice Department had identified “significant concerns” about the “outcome of the election” in Georgia and several other states. The letter advised Mr. Kemp, a Republican, to call a special session of his state’s legislature to create “a separate slate of electors supporting Donald J. Trump.”

Mr. Clark pressured the acting attorney general at the time, Jeffrey A. Rosen, to sign and send the letter to Mr. Kemp, but Mr. Rosen refused. Mr. Rosen is scheduled to testify before the House committee at its hearing on Thursday.

This is something. I can only wonder if Rosen can or will testify to what the feds were doing raiding Clark’s home yesterday. Whatever this is, business as usual it is not — except in Trump world, where funny business is the norm.

Clark, an environmental lawyer, now works at the Center for Renewing America, a conservative advocacy group. His boss there, Russell Vought, who during the Trump administration was director of the Office of Management and Budget, described the search in a written message on Thursday: “Yesterday, more than a dozen DOJ law enforcement officials searched Jeff Clark’s house in a predawn raid, put him in the streets in his PJs, and took his electronic devices. All because Jeff saw fit to investigate voter fraud. This is not America, folks … We stand by Jeff and so must all patriots in this country.”

This is getting knock down drag out, and that makes sense, considering that democracy herself is at stake.