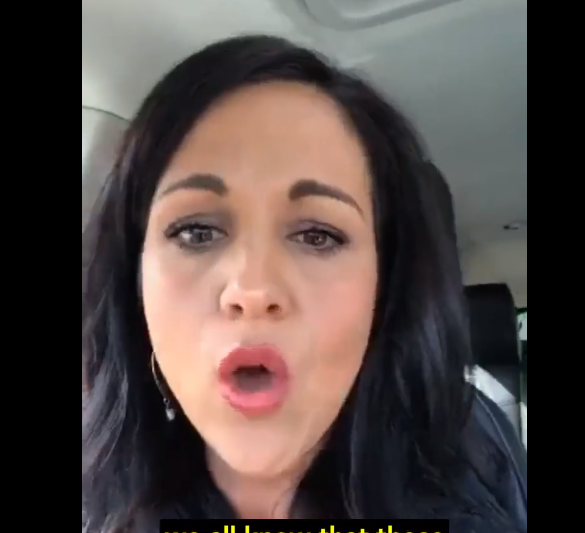 It looks like BoBo the Clown is with us for another two years. She didn’t waste any time making an ass out of herself after her election was finally called on Friday. Here she is gifting Ron DeSantis with a misnomer, which actually is the label he wants to have.

She does this while she’s praising Donald Trump. I hate to think what she would say if she wanted to put Trump down.

Gone are the soirees at Mar-a-Lago when he gets wind of this.

Trump is reportedly making a list of people he endorsed who aren’t coming out to quickly support him after his announcement. Boebert was asked about that: “I am a huge supporter of (Trump). But with that, I love Desantis. He is America’s governor, and he has the same policies.” pic.twitter.com/xkqZwltcNo

No, he’s not “America’s governor.” America is being governed by Joe Biden right now. Our sitting president governs us, as a nation. DeSantis is Florida’s governor, not America’s.

This woman is so cosmically stupid, that just listening to her threatens serious brain damage. I can hear the dendrites in my brain whispering amongst themselves. They’re threatening to rub themselves together until they catch fire, so that they can burn the memories of Boebert which are stored there. I told them go ahead, maybe it will make me feel better.

I am heartily disillusioned with Colorado right now. And it’s not just Colorado. I felt the same level of hearty disillusionment when Wyoming sent Liz Cheney packing. There is too much MAGA thinking in those two states, which means too much willful stupidity.

I am glad that Colorado has had the good sense to elect some of its other legislators. But to reelect Boebert is a disaster.

You can hear her backpedaling. She wants to “legislate” and “serve.” I guess we should file this under “better late than never.”

If Boebert is jumping off the Trump train and she may be, it could get interesting. You know that Greene, Gosar, and Gaetz are not going to let her do it. However, she has learned a lesson from her recent election. She won election the first time by over 20,000 votes. She won this time by a little over 500.

My assessment at this point is that Boebert doesn’t know what to do and it goes without saying she doesn’t have much of an intellect to cobble together a plan with. She wants to survive politically and that used to mean being the biggest mouth in the room, making the most obnoxious, Trumpian display possible.

Now she sees Trump going down in flames and she went pretty close to the fire herself. Way too close for comfort.

So what does she do? Be quiet now and actually try to take her job seriously? Or, continue with her buds Gaetz, Greene, et al.?

She doesn’t have a clue. One thing I will share, however: Many’s the TV show I’ve seen where they try too much character change and plot change in the second season and it bombs and never makes it to a third season. I think this is what’s going to happen to Boebert. At least that is my devout prayer.

I can’t believe they voted the devil in for another term #LaurenBoebert #LaurenBoebertIsSoDumb #GOPSeditiousTraitors #GOPLiesAboutEverything #Colorado pic.twitter.com/RAFI2H9Xhv

Color me miserable that Adam Frisch didn’t win. But at least we got rid of Kari Lake, and Mehmet Oz, and Adam Laxalt, and Blake Masters. We even got to watch Sarah Palin wash out. We had a pretty good haul, any way that you look at it. And we came close to getting rid of Boebert. Maybe next time.

For now, and this will be my daily dirge until it’s over, the December 6 Georgia runoff is the prize. Anything you can do, text, phone bank, get on it. It’s not just about a worthy senator, Raphael Warnock, keeping his seat. It’s about keeping a mentally and psychologically impaired man who has no business in government from sitting in the upper chamber of congress for six years.