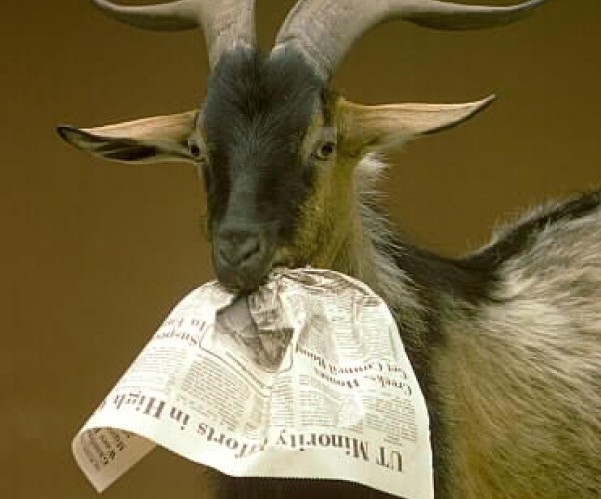 So Ben Franklin supposedly said when a woman asked what sort of Government the Constitutional Convention of 1787 had cooked up as he strode from Independence Hall.

But perhaps his more prescient statement came shortly after George Washington’s election as the first president of that to be handled with care government.

“The first man put at the helm will be a good one. Nobody knows what sort may come afterwards,” he said.

Franklin was, of course, many things, inventor, philosopher, philanderer and wit but he grew up with printer’s ink on under his fingernails and bought the “Pennsylvania Gazette” at the tender age of twenty three turning it into one of the Colonies’ preeminent newspapers. He also knew the importance, and the cost, of shedding sunlight into the darkest corners of the workings of government – his own older brother had been imprisoned for his criticism of the British Crown committed to print.

In her latest piece in The Atlantic current raconteur Molly Jong Fast takes to task a Forth Estate which has seemingly settled into the role of scribe rather than watchdog.

After listing a rouge’s gallery of 2022 midterm Republican Primary election deniers and Trump lickspittles that won on Tuesday night she asks her readers,in the press and out, a pertinent question.

“There is not a lot of precedent for how to operate a free press in a country sliding toward autocracy, and no manual for writing about the decline of democracy when one of the two main political parties no longer believes in it. How do reporters protect journalistic norms while trying to cover a moment in history that is anything but normal?”

Great question, Molly, and not a lot of time to answer it.

And she notes some examples of how not to document for history our slide into autocracy:

”Ever since Trump retained Republican support after the release of the Access Hollywood tape, many journalists have been operating under the assumption that GOP voters are so enamored with Trump and his ilk that nothing they can do would turn them off. In September 2021, when the bill that Texas Governor Greg Abbott had signed earlier that year banned abortions after six weeks, a lot of major media outlets wondered, Will voters care? One day after the Texas law went into effect, Politico ran an op-ed with the title “Don’t Be So Sure a Supreme Court Backlash Will Boost Democrats.” More recently, The New York Times published an article called “If Biden’s Plan Is Like a ‘New Deal,’ Why Don’t Voters Care?” (Local governments are still figuring out how to spend the influx of cash.) The Dallas Morning News’s contribution? “Texas AG Ken Paxton’s Legal Issues Don’t Concern GOP Primary Voters.” (Paxton was indicted on criminal securities-fraud charges in 2015; he has denied any wrongdoing.) The assumption that voters don’t care about things that they have yet to even feel the impact of is twisted.”

As she notes voters will care if a free and independent press informs them of the dangers confronting their voting rights, access to reproductive care, and an Autocrat Party more interested in keeping their children ignorant with book bans and prohibited history than knowledge.

It is an excellent read for those of us who prefer to keep our Republic.