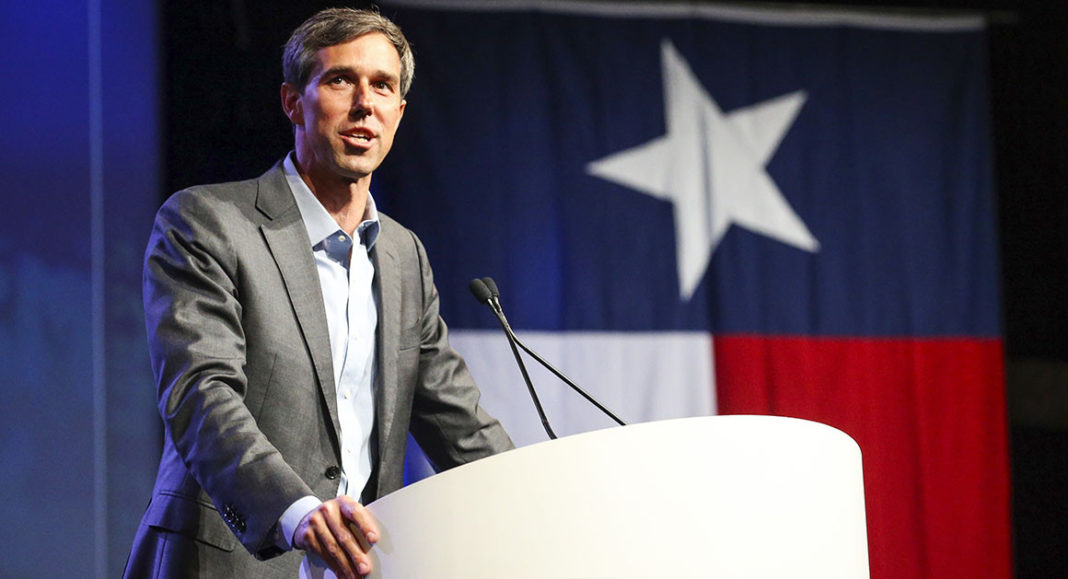 On February 20, 2021, Texas went dark. And it went dark at the worst possible moment. A horrendous ice storm preceding a polar cold front basically demolished the Texas power grid. Power plants shut down automatically rather than overload and fry, and would take days to manually restart. Power lines were down statewide, and more than 100 Texans lost their lives.

But while GOP Governor Greg Abbott was as snug as a bug in a rug in his gubernatorial mansion with plenty of emergency power generation, and Cancun Teddy was toasting his tootsies on the beach, one man with a longer range vision was a literal bat-out-of-hell.

Former congressman Beto O’Rourke, already eyeing a run against Abbott in 2022 was a man on a mission. He was constantly on the phones, hitting his former congressional contacts to get emergency generators and bottled water to citizens. He was on the television, and in the streets. He became the unofficial Texas response to the crisis.

And he made a very pointed contradiction. The GOP controlled Texas legislature made the Texas power system completely homogenous. Unlike almost every other state in the union, they refused to tap into the national grid so they wouldn’t have to suffer federal regulations. The city of El Paso, which O’Rourke used to represent in congress, had its own power, and chose to tap into the national grid. As a result, El Paso went less than 48 hours sans power.

Now, I’m no PhD, but I’m not an idiot either. I don’t own a MAGA hat, I can tie my own shoes, I normally remember to zip up before I leave the bathroom, and occasionally I even remember to chew with my mouth shut. That being said, when I try to objectively look at the Texas power system, and its grid, and the politics, I can literally feel the IQ points dripping out of my ears.

And now it’s happening again. It was 104 in Vegas today, and it isn’t even freakin’ Memorial day yet. Yet my hidey hole is an oasis of coolth. It was nowhere near 104 in Texas today, and yet 6 power plants crashed. The power company put out an advisory to customers to turn their thermostats up and swelter in order to avoid possible rolling blackouts.

This is the last thing that Greg Abbott needs. You had to know that O’Rourke would make the winter ice storm debacle a marquee issue in his campaign, the failure of leadership from Abbott and his government. And now the Texas power grid is having another meltdown, and this time they don’t even have an ice storm to blame. And O’Rourke has fresh fodder to hammer Abbott with.

Look, you can be a card carrying Trombie, a Democrat, or an independent, I don’t really care. But all voters go to the polls and elect a government, especially a state or local government to perform particular services. Among those things are providing police and fire protection, water and sewer services, garbage pickup, and most of all, keeping the lights and a/c-heat on! Abbott has fucked up that basic state service twice in 15 months now, and there’s nobody else for the voters to blame. Let’s see what kind of a stink Beto raises, and if it moves the needle in the polling.