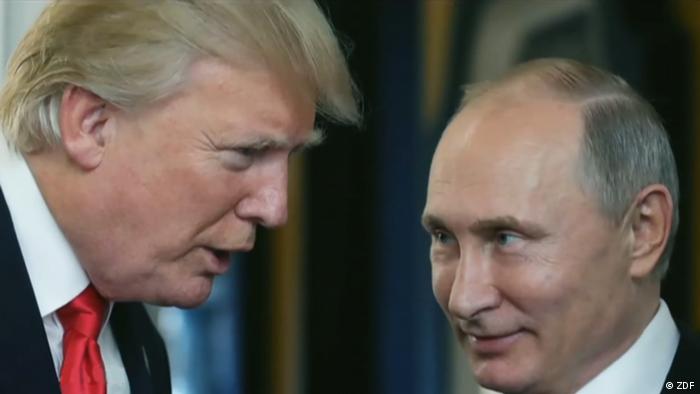 The newest MAGA myth since Vladimir Putin invaded Ukraine is that it would not have happened if Donald Trump was still in the White House. There are a variety of reasons given for this ridiculous assertion, grouped around the general idea that Putin either greatly admired Trump or was greatly afraid of Trump. Clearly that’s asinine, uninformed wishful thinking like everything else on the MAGA agenda. Putin and Trump are both reckless, corrupt sociopaths, but that doesn’t mean that Putin saw them as equals. Puh-leeze.

Former GOP congressman Joe Walsh has gifted us with a handbook of what to tell the MAGAs when they start in with this crazy dirge. You may want to print out a copy and carry it in your wallet.

A refresher for all those who think Putin never would’ve invaded if Trump were still President. Bullshit. Nobody was softer on Russia than Trump. Trump spent 4 yrs attacking Ukraine. Trump laid the groundwork for this invasion. Putin wanted Trump to win a 2nd term. Thread: 1/

The entire thread is over on Twitter, here is the unroll.

Trump hired a pro Russian criminal to run his campaign.

Trump made the 2016 GOP platform anti-Ukraine.

Trump capitalized on Russian meddling in 2016.

Trump was open to lifting sanctions.

Trump would never say Putin was a killer. Trump tried to return spy bases to Russia.

Trump had to be forced into signing new Russian sanctions.

Trump pushed for a joint cyber security unit with Russia.

Trump thanked Putin for expelling US diplomats from Russia.

Trump tried to rescind sanctions on Russia for poisoning a defector.

Trump blocked a US statement condemning Russia’s invasion of Georgia.

Trump pushed to let Russia in the G-7.

Trump froze US aid to Ukraine.

Trump smeared US Ambassador to Ukraine.

Trump ignored warnings of Russian bounties on our soldiers.

Trump ordered US troops out of Germany.

It’s as if Trump worked for Putin.

The good news is that once you get through point three or four, five max, the MAGA in your life will run screaming.

Walsh is getting plenty of push back for his views.

You, like @JoeBiden, are truly delusional. Reality check: this could not be going worse https://t.co/awAvv6SOh9

Another day, another new front to fight in the culture war.