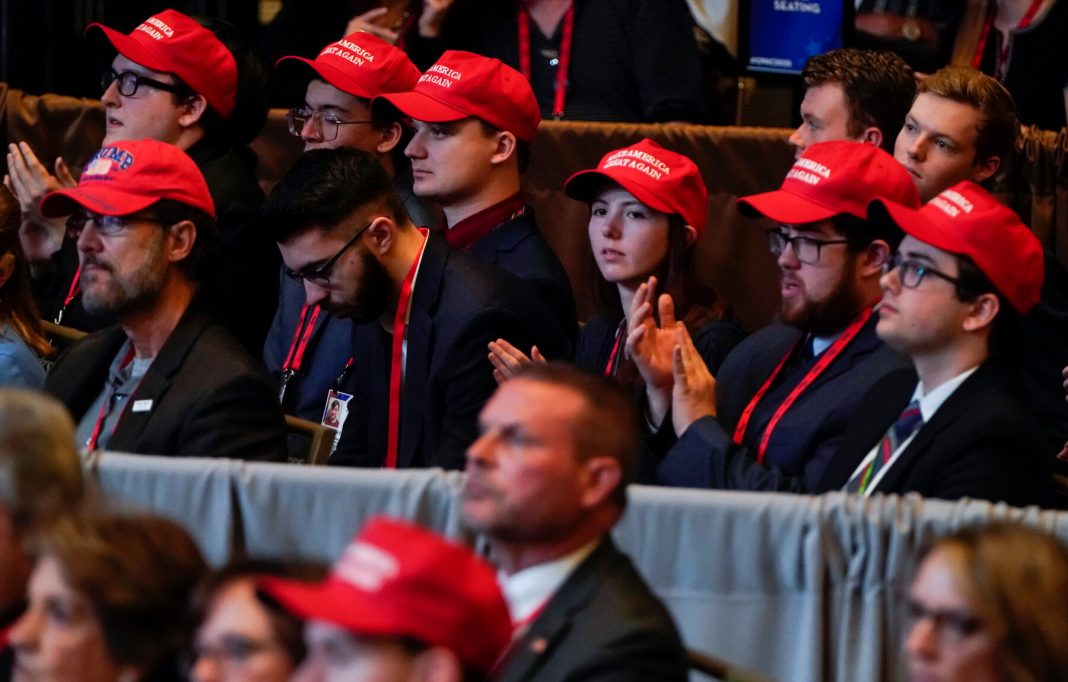 If you went into cryogenic freeze back in the 1950’s and were just waking up now, your head would explode from cognitive dissonance watching how the Republican party of that era regarded Russia and how the same party of this era just can’t fall over the dictator strongman Vladimir Putin enough.

Of course this trend started with the ascension of Donald Trump to power and the subsequent descendance of sanity in American politics. Today’s GOP is lik the pushmi pullyou. Over two dozen Republican senators are demanding that President Biden do more to help Ukraine yet last week they voted against the $13.6 billion increase in military and humanitarian assistance. Does that make any kind of sense?

Then there is Madison Cawthorn calling Volodymyr Zelenskyy a “thug” a clip which has gone viral, most especially on Russian television.

Yet despite that, Marjorie Taylor Greene insists that she is not pro Putin. Of course she is.

So when this topic comes up between you and MAGA friends, relatives, or co-workers, here is the ammunition you need. Many thanks to Charlie Sykes.

As the Republican Accountability Project notes, “Only 5 percent of Republicans support Russia over Ukraine, but the MAGA wing of the GOP has continually sided with Putin and against Ukraine.” RAP has helpfully collected some of the MAGA commentary. It’s worth bookmarking.

“So Putin is now saying it’s independent, a large section of Ukraine. I said, ‘How smart is that?’ And he’s gonna go in and be a peacekeeper. That’s the strongest peace force.”

“[Putin is] taking over a country for two dollars worth of sanctions. I’d say that’s pretty smart.”

“NATO has been supplying the neo-Nazis in Ukraine with powerful weapons and extensive training on how to use them. What the hell is going with these #NATONazis?”

“I think we should probably take the side of Russia, if we have to choose between Russia and Ukraine.”

“I gotta be honest with you, I don’t really care what happens to Ukraine one way or the other.”

“Every American who wants to know what’s *actually* going on in Russia and Ukraine, read this transcript of Putin’s address…WE are at fault.”

“The Soviet Union back before Russia when it broke up contained all of Ukraine including Crimea. The country itself is not really a country”

“I’m more concerned with the US-Mexico border than the Russia-Ukraine border. Not sorry.”

“It feels as if Putin is going into places that want him. They have voted overwhelmingly to be part of it. It is a family dispute that we shouldn’t get in the midst of, that’s for certain.”

“We had kind of a really pathetic display from the Ukrainian President Zelenskyy.”

“[Putin is] a very strong leader. He’s been in charge for a long time. And he’s not going to put up with the nonsense he’s seeing in Europe.”

“Zelensky is a globalist puppet for Soros and the Clintons.”

“I wish Putin was president of America.”

Now you are armed for bear. Good luck. Let us know how it went.