I don’t know where Donald Trump got the idea that this was a good idea, or a witty one, or even funny ha ha. It is none of those things. It’s just another stupid comment, made in bad taste — ergo the very definition of Trump.

A few weeks ago at a rally Trump used the word “nuclear” and wanted to make it “the new N-word.” It didn’t even fly there, where he’s got 100% support.

Then it got out and was resoundingly ridiculed. But that hasn’t stopped the man.

This speaks for itself. If Lara Trump edited it out, it means she wants to minimize, if not suppress it, because she doesn’t want to have to answer for it.

There is no “logic” by which this is a good idea, to make light of the “N-word” claiming that funny ha ha there are all kinds of words that begin with “n.”

No, the “N-word” is not “nuclear.” Why he persists in this delusion is amazing but apparently nobody can stop him, not even his own family members.

At the end of the interview…

Trump: “I hope you don’t get censored.”

Lara Trump: “We do too.” pic.twitter.com/yZ1X1xT9Aw

I guess it’s part of the Trump retinue now, along with the transgender female athlete struggling to pick up a barbell and Lock Her Up! and all the other idiocy. 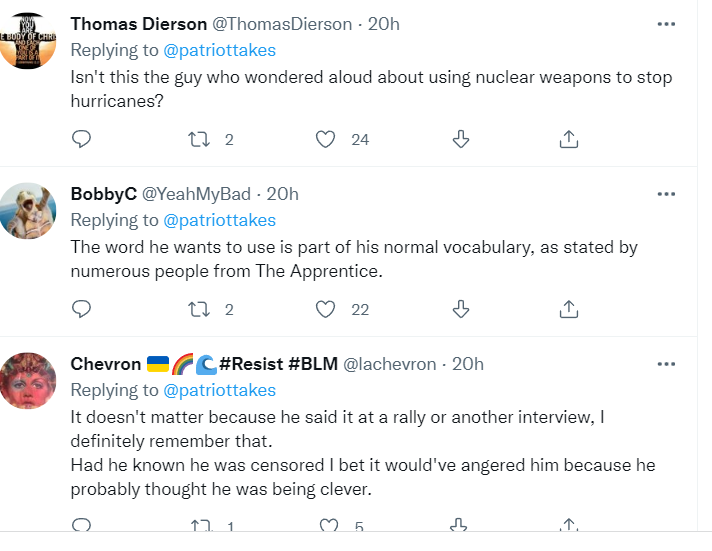 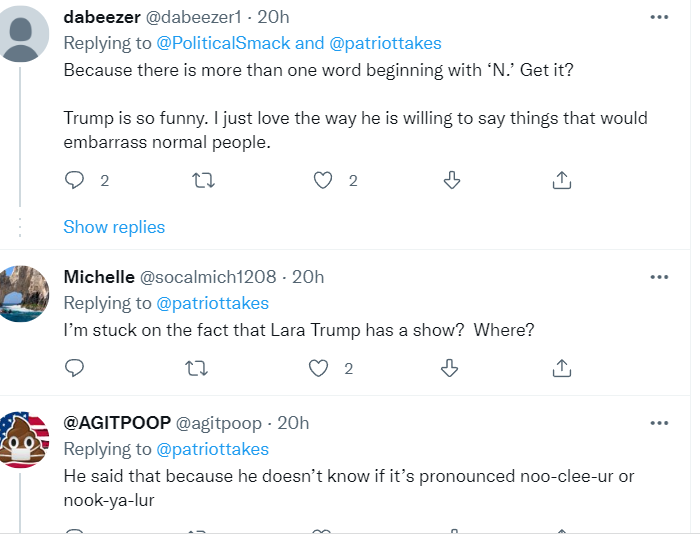