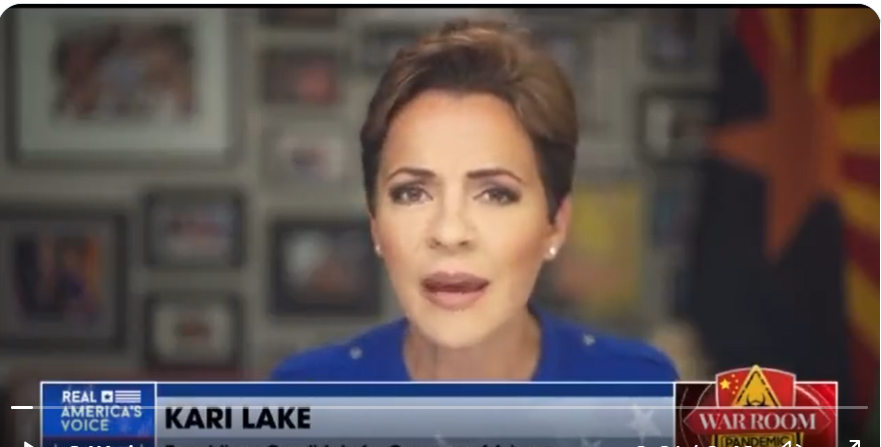 “You can’t always get what you want, but if you try sometimes, you just might find, you get what you need.” — Rolling Stones

There might not be a blue tsunami but there sure as hell is no red wave. That’s a given. And when all the votes are tallied, we might find out that the Dems are still in control. And we don’t need a tsunami, just a unified government.

A few days ago on Twitter a poll was held. There were the names of four horrible GOP candidates. The poll asked, “If you could get rid of only one, which one would it be?” The four were Herschel Walker, Mehmet Oz, Kari Lake and Lauren Boebert. Consensus was Herschel Walker. Followed by Kari Lake. Followed, narrowly, by Mehmet Oz and then Lauren Boebert. We don’t know about Walker or Oz, but it looks like we may have ridded ourselves of Boebert and now Kari Lake. And the night is still young. And MAGA is feeling the pain.

MAGA losing it. How could this happen!?! They must be cheating!!! pic.twitter.com/CFyERlabBH

The speaker sounds incredulous and I am incredulous that he’s incredulous. Ostensibly it’s the Democratic elitist snowflakes who live in a bubble. I think this guy is making a case that it’s the MAGAs who dwell in Out Of Touch Land. Wingnuttia is a fringe place which exists in the Outer Limits of the Twilight Zone, evidently.

I mean were they seriously thinking that she would stroll into the governor’s mansion? Did Steve Bannon have them all that gaslighted? Do they really listen to a guy who wears three shirts and is appealing a conviction of contempt of Congress? This is their credibility figure?

And speaking of out of touch, here’s the poster child.

Bloodbath? Where? Did Kimberly open her wrists in the tub? Granted, Florida is very red. That comes as a surprise to precisely no one. But we’re glad you think it’s profound, Junior. You just keep trying to get a grip on reality.

Bugs has the right idea.

Mike Lindell says China has joined forces with the Democrats to steal elections tonight, but his cyber guys have caught them red-handed and he is gathering evidence. pic.twitter.com/1VW9OZGEPf

As we have been saying all along, some Democrats will win, some Republicans will win. So far it appears we have gotten rid of Kari Lake and Lauren Boebert. That is some amazing work.

I am particularly elated about Boebert losing because as I have opined here ad nauseum, I did not feel at a gut level, as a native Coloradan, that she could win after the way she has disgraced herself, her office, and the people of Colorado. I may have lived there from the days of Eisenhower to the days of Carter, 1953 to 1978, precisely, and yes, all that was a very long time ago. But it hasn’t changed that much, evidently.

As we speak, Frisch is leading by 51.6 to Boebert’s 48.4 with 77% of the votes in. I suppose an upset is still possible so I won’t break out champagne yet. But it is good to see that my instincts were right. Colorado is not Georgia and you may quote me.

But at least we’ve come this far, to be rid of Lake, definitively and Boebert most probably. And to paraphrase another Coloradan, Molly Brown, “We ain’t down yet.” Far from it. It’s been a good night, any way you cut it. It’s still a long ways from being over.