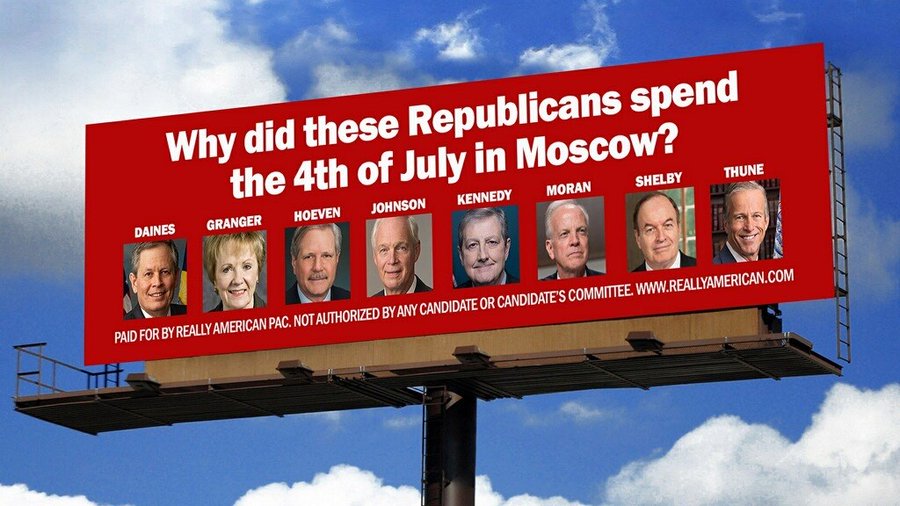 Nikita Khrushchev famously slapped his loafer on the podium of the United Nations and exclaimed, “We will bury you!” That was some moment in world diplomacy, coming during the Cold War and at a time when people were building bomb shelters in the back yard. In 1956 Khrushchev said, “We will take America without firing a shot. We do not have to invade the U.S. We will destroy you from within.”

That, ladies and gentlemen, has been the Russian long game with respect to this country for the past 66 years and it is now bearing fruit. You read here every day about how Fox News is doing Vladimir Putin’s work and how QAnon and the right-wing believe that Putin is a great guy, in league with Donald Trump, who is another great guy, and together they’re battling the forces of evil in the world.

Things have progressed to this ridiculous crossroads because Putin has plenty of people in the Republican party on his side and this has been known for some time. You recall the now famous meeting Kevin McCarthy had with Paul Ryan and others wherein he said, “There are two people I’m sure are on Putin’s payroll. One is Dana Rohrabacher and the other is Trump.”

And those weren’t the only two aiding and abetting the takeover of America that Khrushchev predicted so long ago. Here are eight other Republicans that are Putin’s puppets and need to go.

VIDEO ?️: A day after the Senate Intelligence Committee confirmed Russia interfered in our elections, 8 Republicans flew to Russia for a photo-op. Now they're blaming Biden for the invasion of Ukraine, while repeating Kremlin talking points.

??
BACK IN THE U.S.S.R.
— fox is a Russian assetpic.twitter.com/HpPiJTvsI7

Partisanship is one thing. This is not partisanship. This is siding with a dictator whose country declared over 60 years ago its intention to take over America without firing a shot.

This might be about owning the libs but what good is that if you lose America doing it?