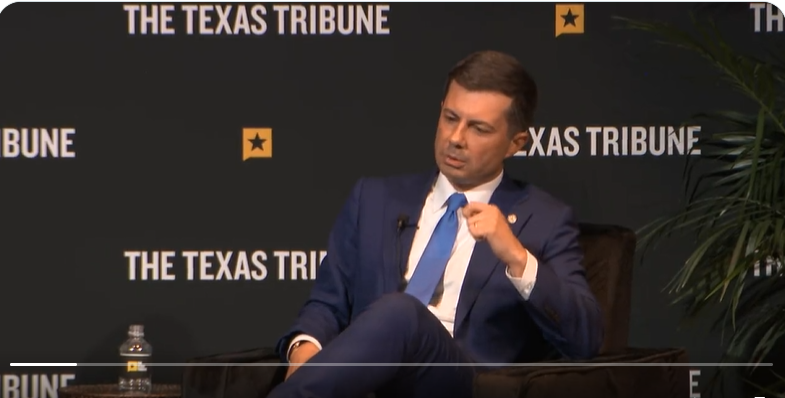 The fiasco which Ron DeSantis started with his performance theater of shipping migrants up to Martha’s Vineyard is not anything that he’s going to live down any time soon.

It was an exercise in pure evil. The people who went were shown brochures, talking about housing, money to survive and get going, medical care, all kinds of thing. It was just a ruse to get bodies loaded onto transportation. Tell ’em anything, just get ’em in front of the cameras.

Sheep will go to the slaughter because they don’t know that’s where you’re herding them to. People will jump to go there if you tell them it’s not the slaughterhouse, it’s really paradise. That’s what DeSantis did. Watch Pete Buttigieg stick a pin in Ron DeSantis’ balloon.

When Pete Buttigieg comes for someone, he doesn’t carry a sledgehammer…he wields a scalpel.

And in this must-see clip, Pete slices Ron DeSantis into a million little pieces. pic.twitter.com/FvmNpbL6yn

Not the first jewel we have seen from the former Indianapolis mayor.

In 2020 I was saying that if this was a sane country, the obvious choice would have been to vote for a Warren/Buttigieg ticket. Elizabeth Warren and Pete Buttigieg embody the brains and the vision of the Democratic party. But as the words came out of my mouth, I knew that the chances of anybody wanting a woman president with a gay v.p. were slim to none.

I would love to see Buttigieg in the White House. I don’t know if this country could handle a gay first couple. I speculate not, based on all the homophobic hatred that we see the MAGAs sign on for and the evangelical wingnuts are not exactly the most tolerant of the LGBTQ agenda either, to say the least.

It’s a shame that so much of the country is tuned out to the wisdom certain people have to share because they have an issue with the gender of the person making the statement of wisdom, or if the person is wired straight or gay. Both are conditions with which we are born and over which we have no control. And both groups of people are taught from the cradle that they are second class citizens. And make no mistake, gay people know they’re gay from very early on. At least every gay or lesbian friend I’ve ever had has told me the same story and I’ve had many.

Keep talking, Mayor Peter. People hear you and more will. The truth has a distinctive ring to it and ideas can be suppressed or denied, but they never die. The likes of Ron DeSantis can’t kill truth, although history has certainly proven that he’s exactly the kind of guy who tries.