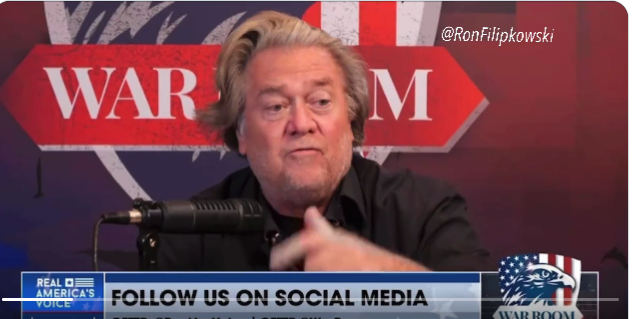 When is this guy’s appeal scheduled for, so he can lose it, already, and serve his time in prison? Steve Bannon is hopping mad. Steve Bannon is in particular mad at the fact that Merrick Garland saw fit to appoint a Special Counsel today to oversee Donald Trump’s massive tranche of illegal activities.

But it doesn’t stop there. Bannon is on a real roll. It seems that the worse off his position is, the more aggressive he gets — which is very Trumpian.

Bannon melted down tonight over the Special Counsel, calling for DOJ to be defunded, Biden, Garland, Wray and Mayorkas to be impeached, called the FBI the ‘American Gestapo,’ and finished by calling all of them “pussies.” pic.twitter.com/m6gatc6oqH

“Poothies.” Sufferin’ succotash. That’ll bring them all to their knees. Righto. 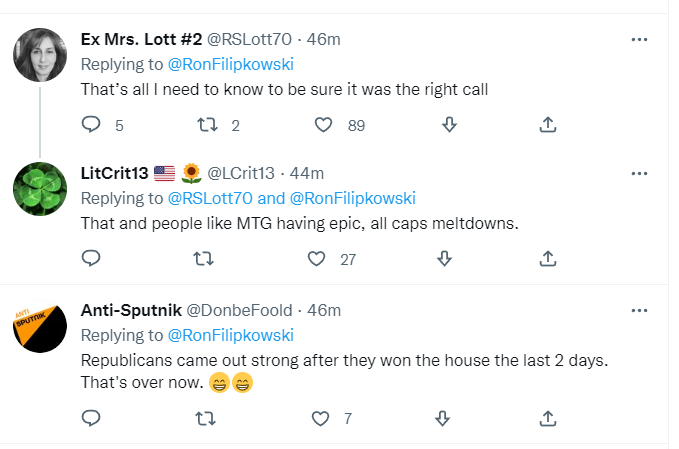 Did I leave anything out? Oh, yeah. Raphael Warnock’s reelection committee is doing everything it can to tie Herschel Walker to Trump, which is not only easy, it’s all true. That doesn’t help the Republicans’ cause either. People around him begged Trump to hold off on his announcement, but he refused. He set this ball rolling. Now it’s going to roll over him and crush him.