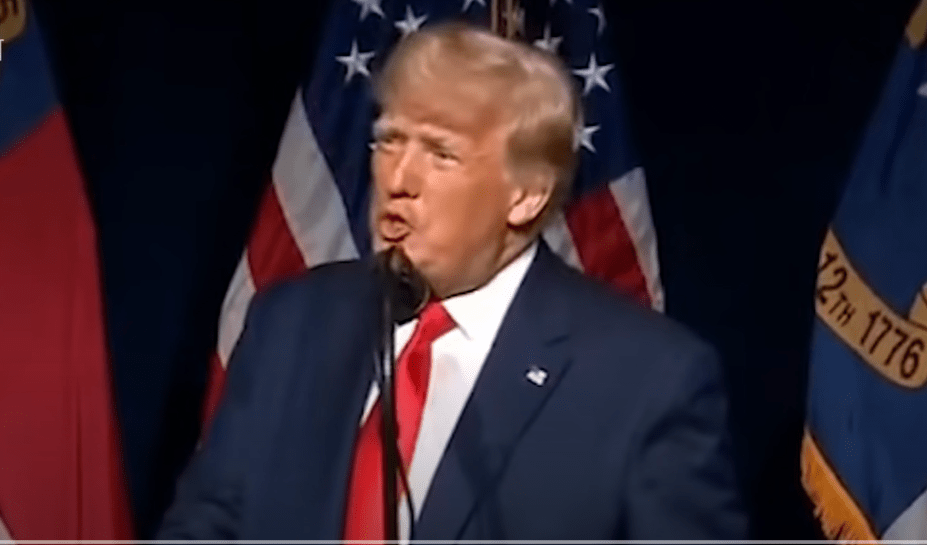 Maybe this is why Jason Miller jumped ship, he saw what a mess Donald Trump made in North Carolina, when that was supposed to be the springboard for the great Trump: The Sequel, coming soon to a ballot box near you.

Seeing is believing and if you didn’t watch the North Carolina bash last weekend you didn’t miss much. Here are the best seventy seconds, cobbled together and wrapped up with a bow by the Lincoln Project.

Trump is starved for attention these days. He wanders in and out of engagement parties and memorial services at Mar-a-Lago, pausing to let people fawn on him. It doesn’t even cross his mind that doing so is tasteless. Bloomberg is reporting:

A Mar-a-Lago member who recently attended a club gathering for a deceased friend was surprised when Trump sauntered in to deliver remarks and then hung around, apparently enjoying himself. This insular feedback loop, amplified by the worshipful validation he gets for doing Newsmax or OAN TV hits, doesn’t appear likely to diminish as he settles into his New Jersey golf club for the summer and prepares to resume his trademark rallies. “Donald Trump needs the adulation of the crowd the way you or I need oxygen to breathe,” says Michael Cohen, his estranged former lawyer. By all accounts, Trump’s life after the White House doesn’t resemble that of a typical ex-president so much as a foreign monarch cast into exile—like Napoleon at Elba, but with golf and a bigger buffet.

Yes, it’s strange and morbid and there’s a good chance he’s offended at least a few people in mourning. (“People loved Jack, though they couldn’t have loved him as much as me, your favorite president,” he’s no doubt said as the deceased’s widow sobs. “Heard he was a great guy, never met him so I can’t say myself, but people said it. Would have been really broken up about what Democrats did to me I’m sure. Bet he wishes he was here to see me speaking at his funeral. Lot of nice looking ladies here that’s for sure, wonder why I wasn’t invited to any family functions before this, will have to look into that.”)

how’re we doing with Iran, howdya like that. Boy, they were ready to make a deal, they woulda done anything, they woulda done anything, and this guy goes and drops the sanctions and then he says, ‘We’d love to negotiate now,’ [and Iran says], ‘We’re not dealing with the United States at all,’ oh, well, they don’t want to deal with us.” Which, yes, is a thing that actually happened.

On the other hand, whatever keeps his mind off of trying for another coup is arguably a good thing, though when he crashes his first bris and tries to do the mohel’s job, someone should probably say something.

Trump has the talent of a ne’er do well Catskills comic, but without the heart.