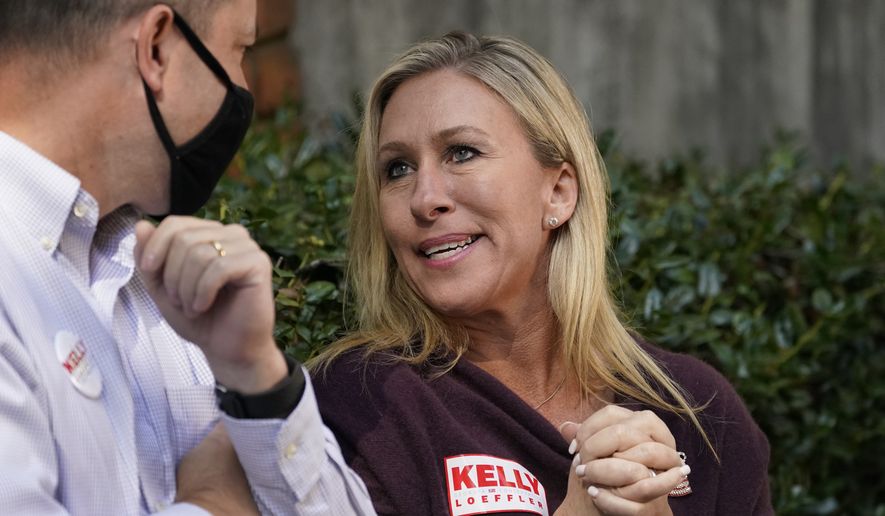 Kevin McCarthy has said that he will “have a talk with” Marjorie Taylor Greene, in the wake of Greene being quoted as suggesting that the execution of Nancy Pelosi would be a good idea. Here’s something else that McCarthy might bring up. After the Parkland shootings, survivor David Hogg met with a great many elected officials on the topic of gun control. Greene trolled him down the streets of Washington and posted a You Tube video replete with lies about “George Soros funding” and “gun confiscation.” It’s one of those clips that didn’t age well, let’s just say that.

Here's the full 2 minute 48 second video of Marjorie Taylor Greene trolling @davidhogg111 like the deeply unserious person she is.

This was before she ran for Congress and is on her YouTube page.

In the video, she wonders why Hogg gets to meet with US Senators and she doesn't. pic.twitter.com/Q2Q0ZahU23

The woman should be recalled. This is over the top, harassing a young man barely of age, and Greene’s QAnon-backed comments about executing Pelosi are unspeakable. A person with this lack of character does not belong in the House. That said, she’s unfortunately got a number of peers, Gaetz, Jordan, Nunes, you know the list.