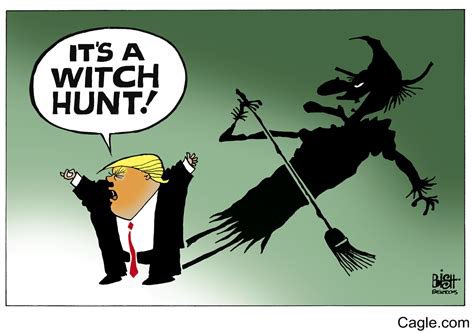 Somebody got out of the wrong side of the bed in Mar-a-Lago this a.m. Donald Trump is not having a good one. I wonder if his lawyer called? What could the lawyer tell him? That Rudy Giuliani has spilled the beans, but good this time? That the tapes the J6 Committee will play of Jared and ivanka are worse than he can imagine? That Melania wants to renegotiate the pre-nup yet again?

Who knows? In any event, this is what Trump wants to share with all the rest of you dads today.

Your guess is as good as mine as to what set him off. 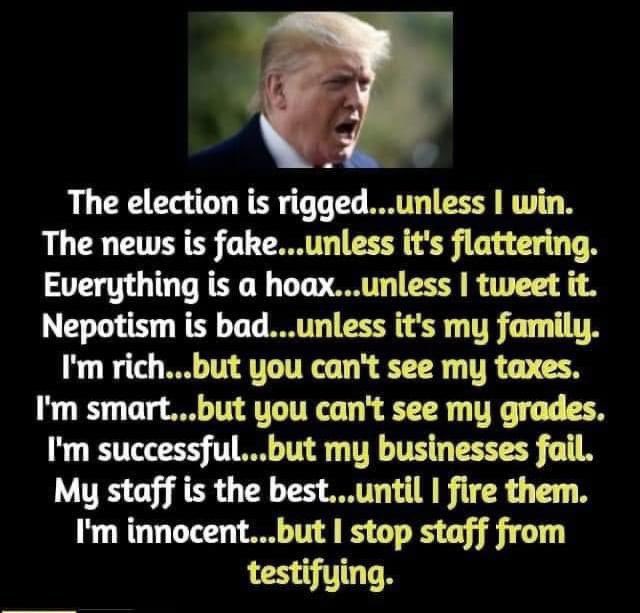 Speaking of flattering news, here’s Trump at the VIP gathering in Tennessee peacocking about how popular he is with the Hispanics and the Blacks.

Backstage at the VIP event, Trump says he just read something that said he is the most popular person in the country with Hispanics, “and I’m doing damn well with the black community.” pic.twitter.com/YxUxtJayKH 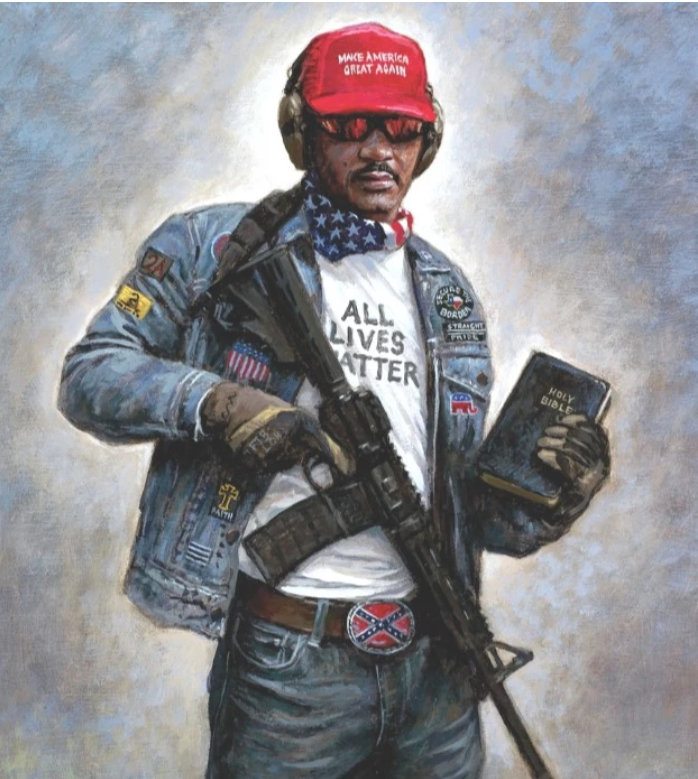 I don’t know who the painting is supposed to depict. I don’t know too many black men wearing a Confederate belt buckle, but what do I know? I just sit here and blog. 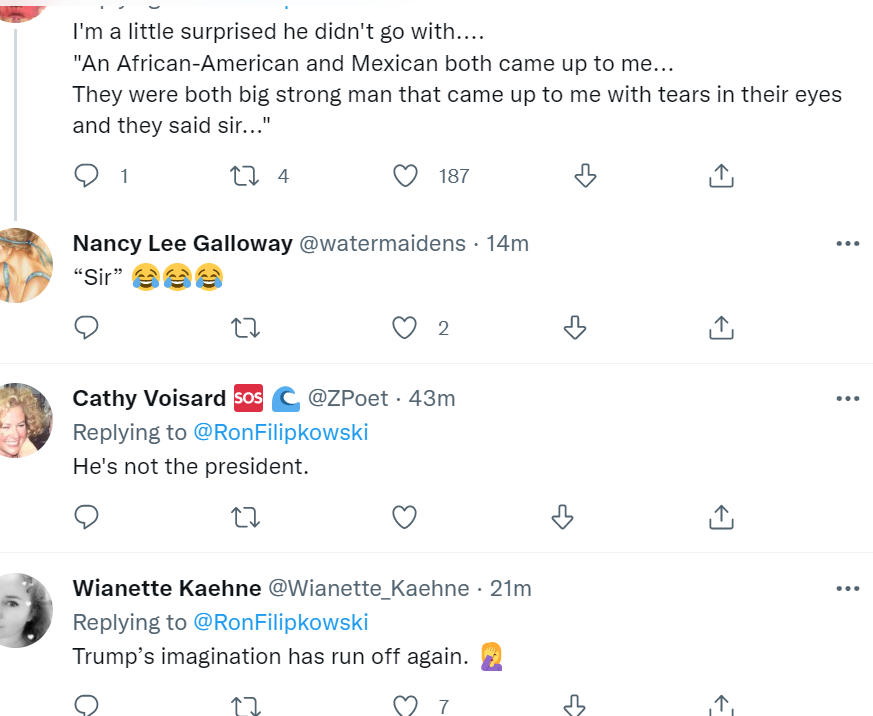 If the people above are named Black, then I go along with it. These are the Blacks for Trump, the ones he’s talking about.

We’ll see what happens. Obviously, Father’s Day holiday and all, Trump’s mind is on the January 6 Committee. Or, the New York AG’s investigation. Or, the criminal referral in Georgia. Or…….