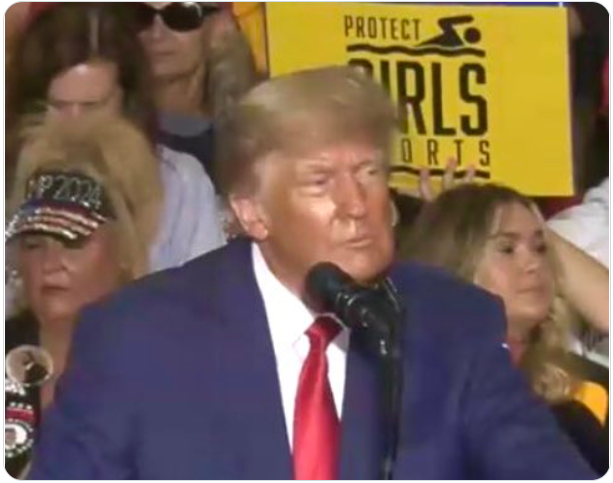 If Ian Fleming wrote comedy, he might have conceived of a character like Donald Trump — except with a reverse Midas touch. Everything Trump Touches Dies.

Floofy haired, bronzed septuagenarians ruled the night in Warren, Michigan this evening, where Trump meet with his Qult and preached the word for 103 minutes. 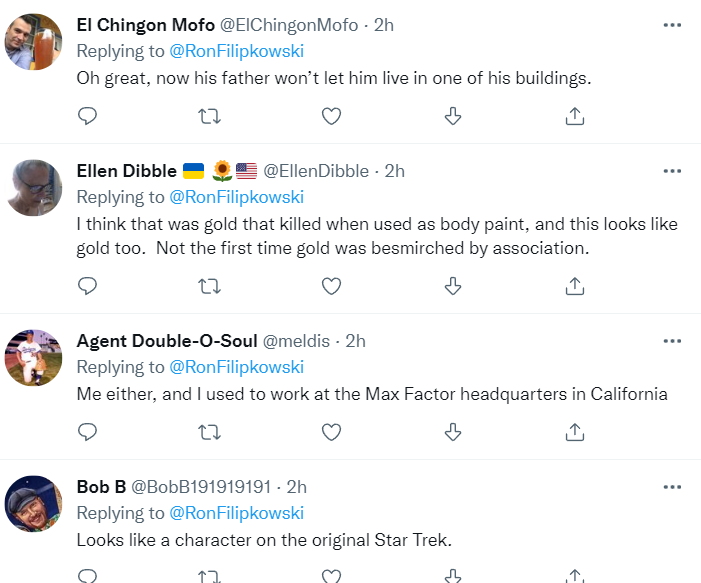 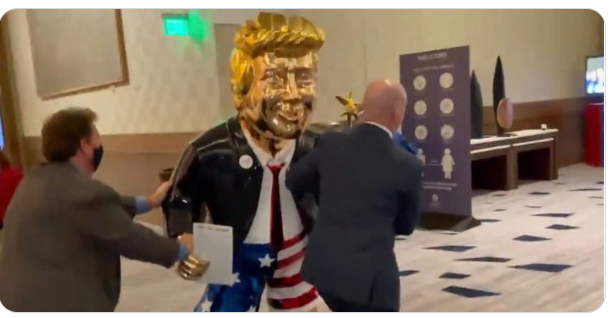 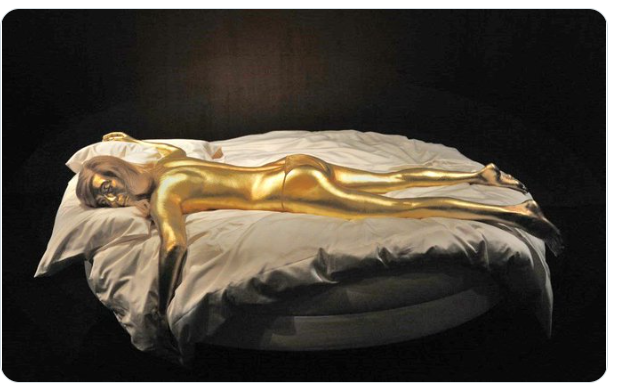 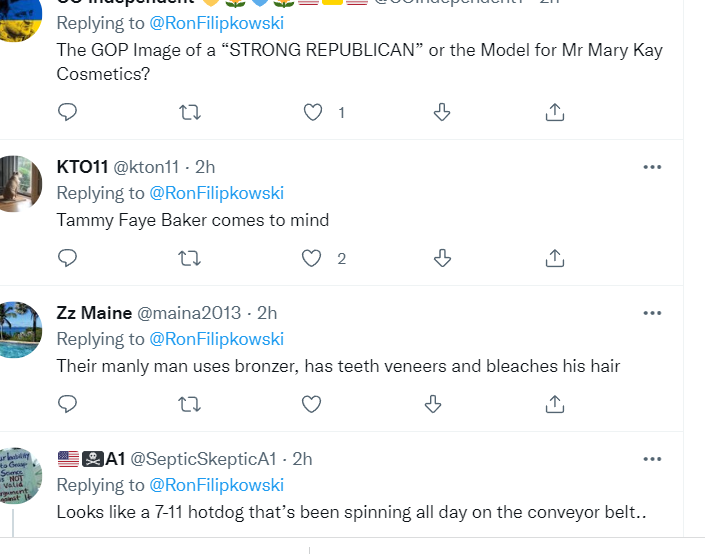 All manly men glow with a metallic sheen and have teased cotton candy hair. Don’t they? Don’t they?