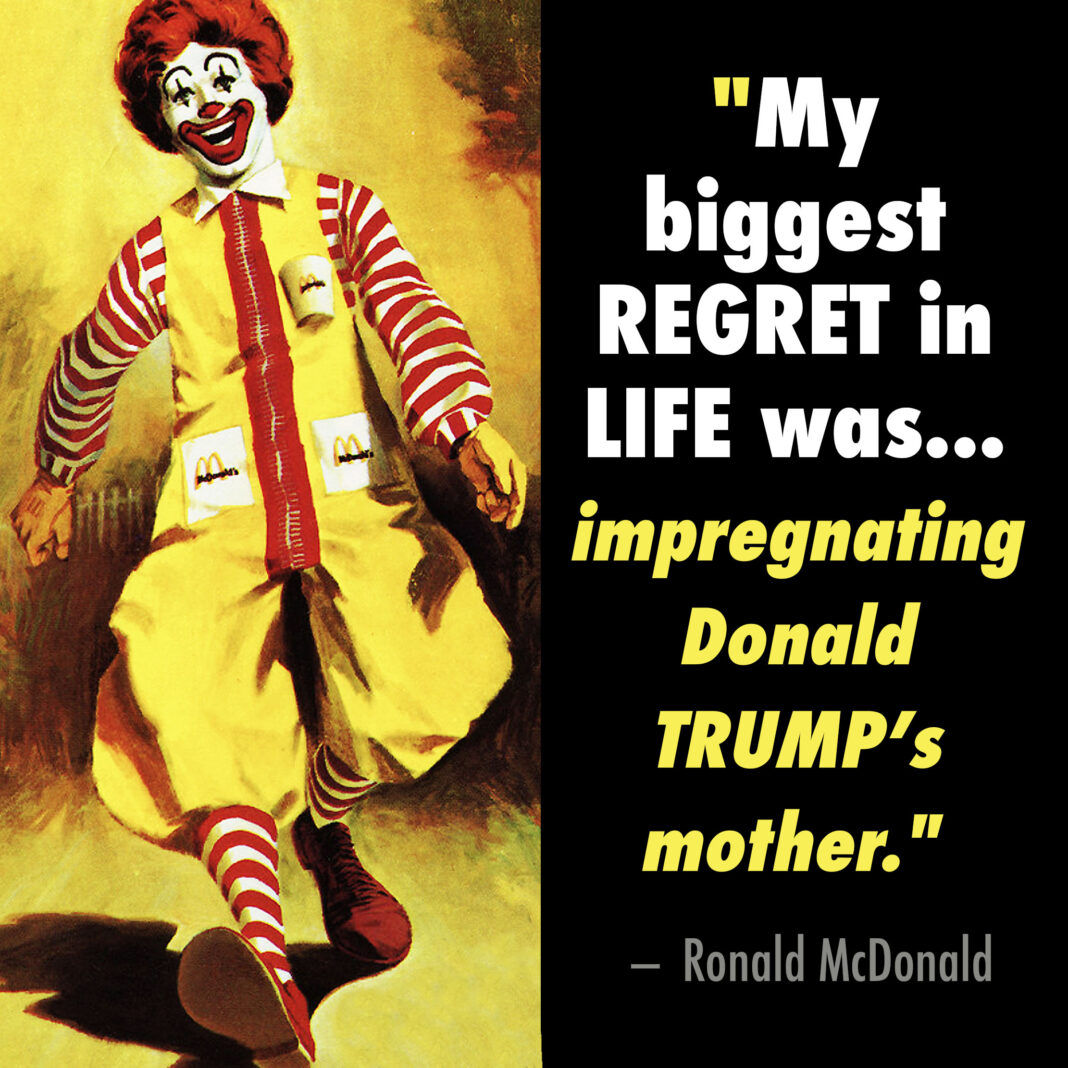 Forget about Trump’s myriad of legal problems for a moment. Right now Trump is a man beset by a plague of gnats. The problem is they’re all GOP gnats. And it’s not going to get any better any time soon, no matter how much he waves his hands around in front of his face.

In the aftermath of Tuesday night’s GOP debacle, where the vaunted Red Wave didn’t even turn out to be a faucet drip, Traitor Tot is finding himself in uncharted territory in his brief 7 year reign in politics. Trump is actually being blamed for the GOP meltdown Tuesday night.

It started early. Almost 3 months before election day, Senate Minority Leader Mitch McConnell began gently massaging the sheeple that the Senate likely wouldn’t go their way in November. And he wasn’t shy about the reason either. He blamed it on candidate quality. Mango Messiah, stand up and take a bow, FOOL!

Look at the math here. This should have been a slam dunk for the GOP. They were defending a GOP seat in PA, had potentially weak Democratic incumbents in GA, NV, AND AZ, and a potential pickup in CO. Tonight CO is safely in Democratic hands, Cortez-Masto is ready to vault Laxalt in NV, Kelly is on the cusp in AZ, the Democrats flipped PA, and Warnock is an early frontrunner in GA. How many bows can a fol stand up and take?

Worse yet, GOP strategists and and field workers are starting to openly grouse about The Cheeto Prophet possibly costing them a sustainable House majority as well. And again, their number one bitch was the quality of candidates. They whine about the fact that much more moderate, electable candidates for swing districts were turfed out by unelectable slobbering Trombies in the primaries. And they’re not shy about it.

Worse yet is what the Trump backed, election denying, losers aren’t saying that speaks louder than words. In PA, Cruise Ship Doctor Mehmet Oz indulged in the ultimate apostasy and conceded the race. J6 traitor Doug Mastriano conceded the results, without conceding to Shapiro. But here’s the nub.

If the last 3 years have taught us nothing else, it has taught us that in the era of Trump, Election denialism sells in the mainstream media. It lets them cop a cheap feel to boost their ratings. But what have you seen so far? I follow shit shit for 16 hours a day on television, and I have yet to hear one single GOP loser, House, Senate, or statewide office candidate who claimed that the election was corrupt or stolen! They may concede or not, but they’re not flogging that dead horse. It’s the Trump mantra, but it’s what killed their candidacies.

All indications are that Trumpenstein is going to announce his candidacy for President next Tuesday. He isn’t dumb enough to file his papers with the FEC, but he needs to bleed the sheeple for more legal funds to his Leadership PAC. But even if he takes the plunge and files, he’s diving into turbulent waters. While his slobbering base may be devoutly loyal, it’s starting to appear that almost everybody else in the party looks at him as a terminal loser, and election denialism as dead. Trump is going to jump in and run with a fractured party, the majority of which think he’s a loser. Rough waters ahead. Don’t touch that dial.