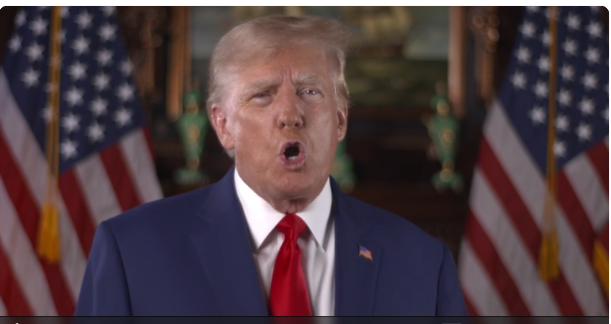 Trump almost surely overlooked how much criminal exposure he had in Georgia. Perhaps it’s because the only case where there were no huge surprises that we might learn, like “showing files to Chinese officials for cash,” or Giving away his ties to Putin.

I spent a good chunk of time yesterday setting forth the fact that Trump is in far more trouble than he (or I) knew. I knew that Trump would likely be indicted by A.G. Willis in Georgia. I did not know that Trump might not be the only one indicted; his whole gang may get it, Mark Meadows (Unless he worked out a deal for immunity), perhaps Lindsey Graham (Same), and his lawyer at the time, Rudy Giuliani.

They might all be on the hook because A.G. Willis likes to use Georgia’s RICO act to prosecute groups of people. The racketeering activity need only involve some lies, phone calls, and coordination, and voila, you’ve committed a RICO crime that comes with a penalty up to twenty years.

Yeah, Trump got the Memo because he’s now melting down perfectly. From his Truth Social account:

Don’t understand how so much time and effort can be devoted by the D.A. to an absolutely “PERFECT” set of phone calls protesting Election Fraud in Georgia, when Atlanta is one of the most Crime and Murder infested places anywhere in the U.S. In fact, it is even worse than Chicago, and nothing is

And because that wasn’t enough:

PAGE 2: …being done to alleviate this incredible Atlanta Crime wave. We have a great and important Constitutional Right to protest Election Fraud, and that privilege cannot be taken away by intimidation and weaponization of “Law” Enforcement!

Two things jump out. Most people can just make phone calls. Not a single one (that I know) makes “perfect” phone calls all the time. Trump’s use of the word “perfect,” pertaining to more than one call (He had called earlier, too), demonstrates that he’s scared “bigly.” Also, arresting people who break the law is not “weaponization of law enforcement.”

And he’s not thinking. When you are trying to be gracious or trying not to offend the person who has your life in her hand, you don’t call her community “infested,” because – at least in America, that almost always connotes racist tropes like “ghetto rats,” and many others like it.

Willis likes to make weekend indictments/arrests. It could be a long two days for the big guy.

And might I mention, once he is charged (By a brave black woman), maybe all these pussyfooting white men might summon the courage to charge him next. The first is always the hardest.
****
[email protected], @JasonMiciak, SUBSTACK: FBI COUNTER INTELL ARREST MAY NOT BE BAD NEWS FOR FBI, MAY HURT TRUMP DEEPLY