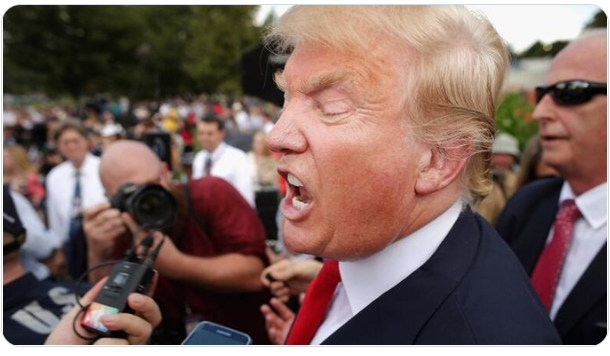 Poor Donald. He must be soaking his thumbs in Epsom salts right now. They have to be sore after this social media rampage. Imagine the amped up high you have to be on, to just manically post a piece every two minutes for one entire hour, grimacing and raving all the while, we postulate.

From what I can parse out timewise, the panic posting party coincided with the January 6 Committee hearing today. That does make sense.

What you’re about to see scrolls by very fast, too fast to read. But you are able to pause it at any time. And if you want to see the static version of it, you can always go over to Truth Social and open up an account. (Trump will be thrilled. He’ll take it as a sign that the ship isn’t going down.)

Trump is losing it on Truth Social. All of these were posted in the last hour. pic.twitter.com/NyQZmIpkvc

Wasn’t that something? Even a first semester psychology student can paint the broad brushstrokes here.

Of course we have Crazy Nancy and the Unselect Committee, heading the panic spree. It’s all Speaker Pelosi’s fault. Trumpty Dumpty had all the answers, gave them to Pelosi and somehow she botched it. Righto. Maybe Trump is confusing tens of thousands of troops that he recommended to Pelosi with the tens of thousands of dollars which he paid to Melania’s fashion designer for his role as a voter fraud expert.

People in Trump world wear many hats, don’t you know? Ask Jared. he’s an expert on everything from world peace to the opioid crisis — two issues which you notice are far from being solved, right?

And following Crazy Nancy, we of course get into “the Trump-Hillary double standard” and then we go to bowling alley/Chinese food restaurants, and other places where corrupt presidents of yore have hidden truckloads of documents, which they stole from Washington, D.C. with impunity, but now everybody is upset with Trump for just taking a banker’s box or two and putting them in the pool house.

Then there’s an article on NARA and the White House making copies of hard drives. I’m not sure at all who is scanning this material for Trump. Probably Dan Scavino or somebody, or maybe one of his television lawyers, you tell me. But this is an eclectic mix if you go through it.

And then there is the Economic Doomsday Analysis. Here’s what that looks like, if you missed it. 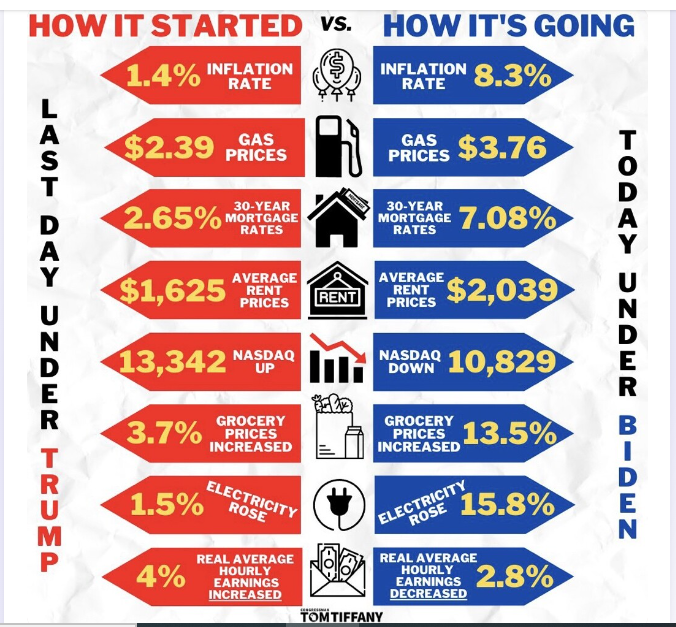 Now this is my personal favorite. This is some kind of a graph which measures the “fear factor” in the world vis a vis Trump and Biden. See if you can figure out WTH he’s talking about here. 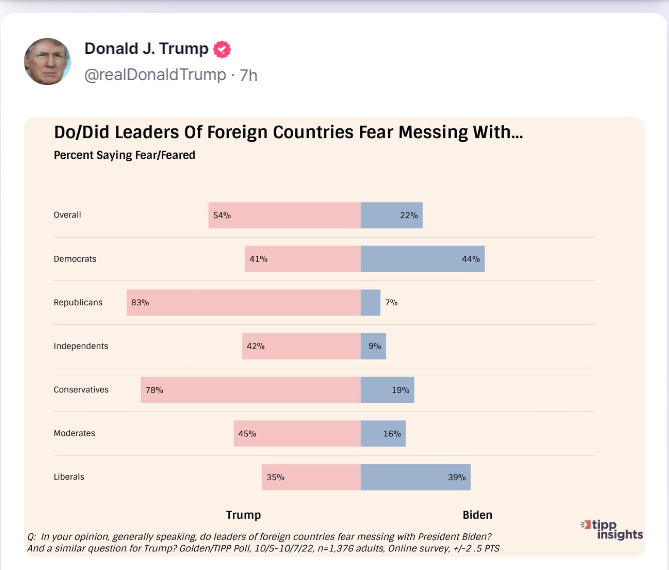 And all this is wedged between Truth Social ads, where one teaspoonful of something burns 12 pounds of fat a week and then you end up standing on a street corner in Rome with cleavage and a tan that would make Sophia Loren envious. Righto. I’m sending away for a suitcase full of it tonight.

Then there’s dead people voting, calls to shut down the FBI, the usual.

One thing is for certain: today’s hearing rattled Trumpty Dumpty quite a great deal.

And you’ll be hearing a lot more. Remember, we are in the countdown to the midterm election and Trump will be out in force, doing his thing. Stay tuned.