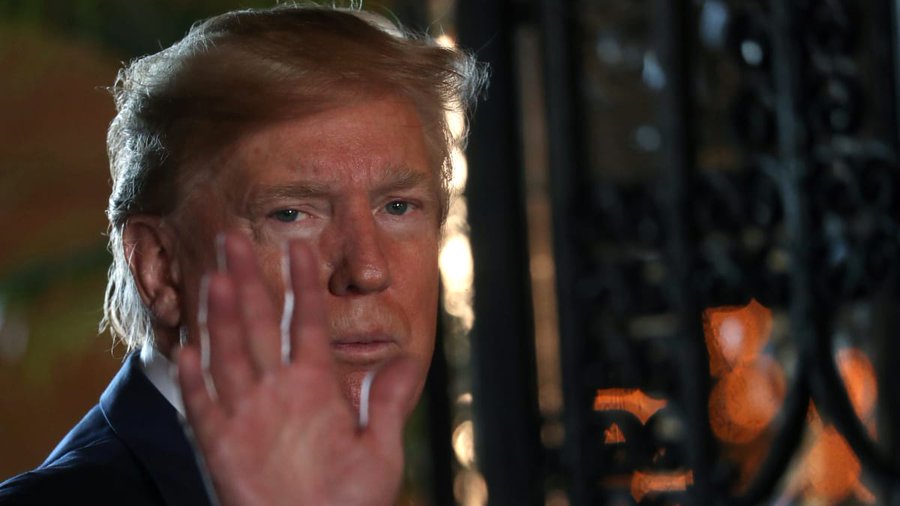 I suppose that this is better than reposting Nation In Decline for the 10th or 12 time. Donald Trump posted to his Truth Social feed — yes, it’s still on the internet, but don’t hold your breath unless they pay the hosting provider — around 11:15 a.m. PDT that he had the answer.

It wasn’t an answer that he had for himself, mind you, but he knew who could find the answer for him. And that is the quote “great Agents” of the FBI.

Either that, or he was just ruminating about the past, the good old days, 2016, when he was Teflon Don and nothing could sink him, everything caused him to rise. See what you think. 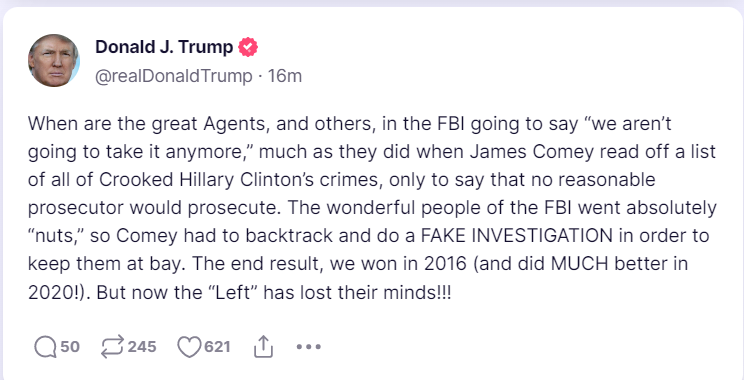 This is sure a 180 for Trump world. His minions are calling the FBI a lot of things but “wonderful people” is not on the list. Kash Patel is calling the FBI and DOJ “government gangsters” which is not quite the same as “great Agents.”

Kash Patel complains that his name was not redacted from the affidavit, saying DOJ “jeopardized my safety.” pic.twitter.com/V5TCVLksaN

No idea where this one came from or where it’s going. I guess we’ll see.

My best guess is that Trump was reliving his greatest hits, the good old days and now what he’s looking at is very bleak by comparison. Indictment is likely and actually two federal indictments are likely and one state, the state being Georgia and the two federal arising out of the January 6 Committee and now Mar-a-Lago.