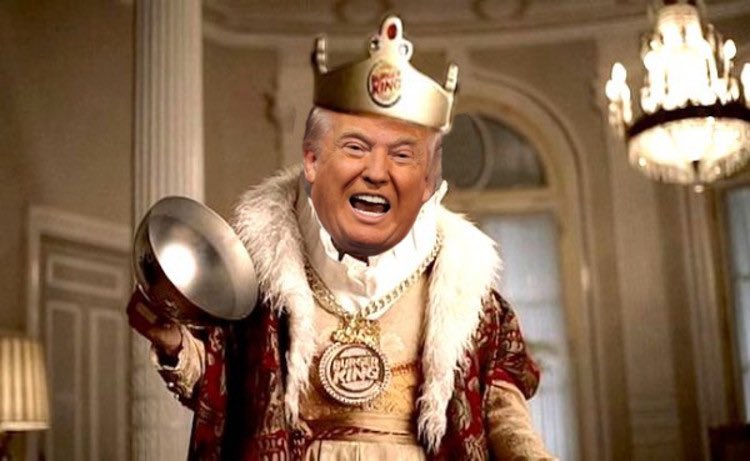 If you grasp this one truth about Donald Trump, you grasp the whole thing: He has no real identity, as you or I might define that term. He’s an empty vessel and he needs attention to fill the void. He jumps from scheme to scheme, as soon as one fails, he’s got another one, usually an even more grandiose one, lined up to take its place.

The presidency had its hiccups, stolen election all that, but Trump is a forward looking kinda guy. And so in the past week, while the rest of the world has been respectfully observing the passing of a world leader who faithfully discharged her duties for seven decades, when Trump couldn’t discharge his for seven minutes, he sees himself doing old Liz one better. Of course he does.

And this will blow you away. Remember the photoshopped “truth” that had Trump announcing that he had been knighted in private by Queen Elizabeth? This was attached to it, as you may recall. Then it became QAnon dogma, if you can believe it.

Trump did say they were best pals. https://t.co/ZLQKXuBEJd

While the yous and mes were howling at the caption — and I did, I had tears in my eyes — QAnon and MAGA were taking it to heart. 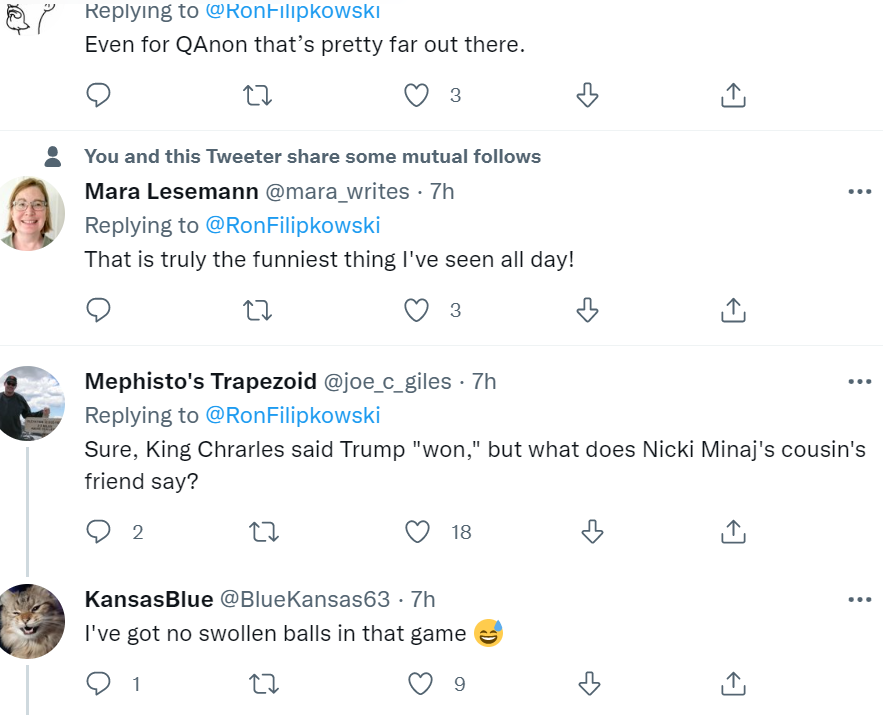