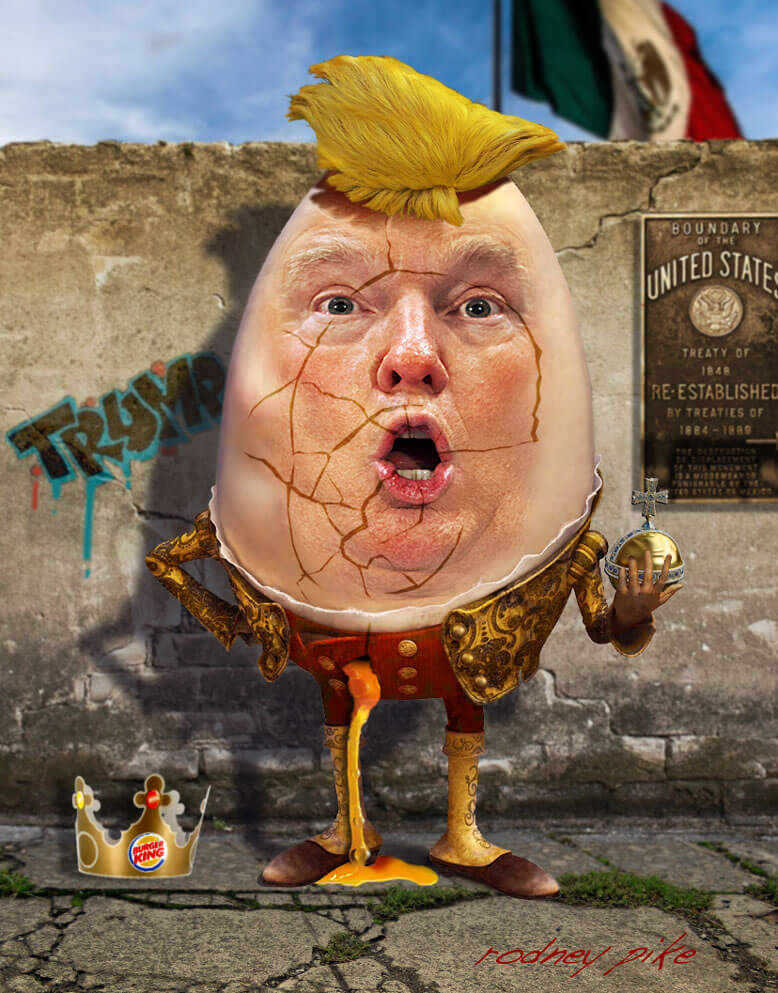 Donald Trump has wearied of Strikeforce Rudy, and the Kraken crackpot, which has been the case for sometime. It’s not surprising. Word on the street about Rudy Giuliani for some time now has been, “Don’t hire Rudy to fix a traffic ticket, he’ll get you thirty years to life.” Trump does have attack dog Alina Habba on board to handle defamation cases, but Trump needs something more. Much much more. So he retained the services of M. Evan Corcoran, a white-collar defense lawyer and former federal prosecutor. Corcoran took part in drafting Trump’s recent 12-page statement bashing the January 6 investigation and accusing them of merely being there to prevent him from running for president in 2024. New York Times:

What happened at the Capitol on Jan. 6, 2021, Mr. Trump wrote, stemmed from an effort by Americans “to hold their elected officials accountable for the obvious signs of criminal activity throughout the election.”

What is happening here is Trump attempting to prove up his state of mind. Even though he admitted that he had lost the election, to more than one person on more than one occasion, he is now backpedaling that and trying to appear like he was acting in good faith.

His statement, while unfounded, carried a particular significance given the intensifying focus on whether he could face criminal charges. If the Justice Department were to bring a case against him, prosecutors would face the challenge of showing that he knew — or should have known — that his position was based on assertions about widespread election fraud that were false or that his attempt to block the congressional certification of the outcome was illegal.

As a potential defense, the tactic suggested by Mr. Trump’s statement is far from a guarantee against prosecution, and it presents obvious problems of credibility. Mr. Trump has a long history of saying whatever suits his purposes without regard for the truth. And some of the actions he took after the 2020 election, like pressing officials in Georgia to flip enough votes to swing the outcome in that state to his column, speak to a determined effort to hold on to power rather than to address some broader perceived vulnerability in the election system.

But his continued stream of falsehoods highlights some of the complexities of pursuing any criminal case against him, despite how well established the key facts are at this point.

And the statement also reflected steps Mr. Trump is taking behind the scenes to build a new legal team to deal with an array of investigations, including into his pressure campaign to change the outcome of the election in Georgia and his taking classified documents with him when he left office.

M. Evan Corcoran, a white-collar defense lawyer and former federal prosecutor brought on by Mr. Trump, was involved in drafting the document, according to two people briefed on the matter. Mr. Corcoran has also represented Stephen K. Bannon, a Trump ally who has been indicted by the Justice Department for refusing to cooperate with the House committee investigating the Jan. 6 attack.

This is what you’re going to see, Trumpty Dumpty claiming that no, he did not fall off the electoral wall and go splat, he was standing on that wall and defending it mightily and true when Evil Forces came and stole the wall right out from under him and he had to roll on down to Mar-a-Lago and hide in the fridge, until he could mount an attack against his enemies and come back for what is rightfully his, the White House.

Corcoran attempting to put Trumpty Dumpty back together again is going to be sophistry and world class bullshit to make Alan Dershowitz blush. Mark my words.