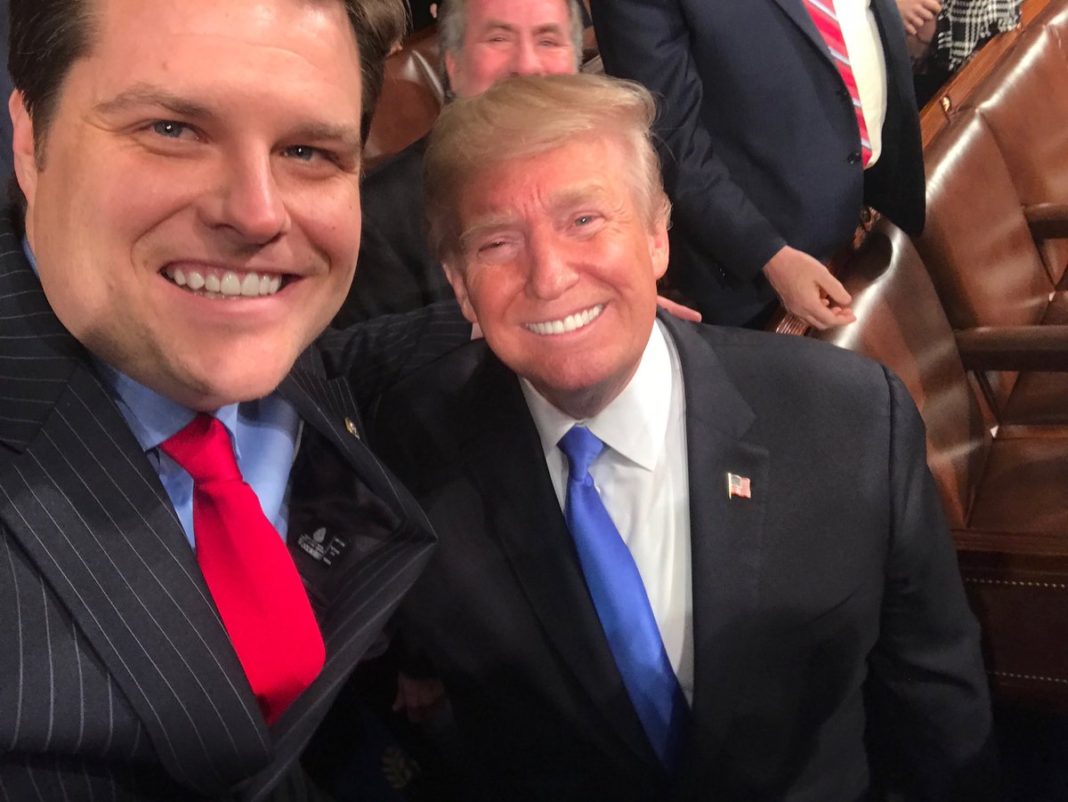 It looks like Donald Trump is trying to at least keep the Friday event at his Doral property running smooth, because he just came out and said that headliner Matt Gaetz never asked him for a pardon. Raw Story:

“Congressman Matt Gaetz has never asked me for a pardon,” the statement said. “It must also be remembered that he has totally denied the accusations against him.”

Interesting how he restates what Gaetz has said, but doesn’t get involved in a testimonial or denial of accusations himself. Trump is staying on the sidelines on this one.

We’ll see what develops, if anything, as the day goes on. Meanwhile, Gaetz is still on board for Friday’s “Women For America First” talk. That ought to be one for the books.