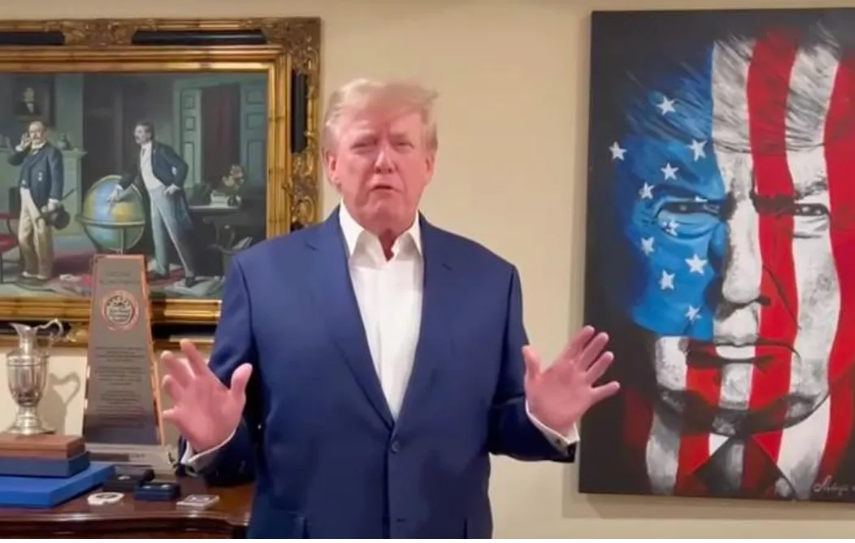 Trumpty Dumpty is off and running today. He apparently has decided, in the wake of the conviction of Stewart Rhodes, no less, that he can make a cause célèbre out of how ill treated the January 6 defendants are.

The man is stupendously out of touch. Simply beyond belief. Nobody gives a rats a$$ about the purported injustice done to the people who broke the law on January 6 and stormed the Capitol. What happened to Rhodes is going to happen to others. On that you may depend.

This is Donald Trump reaching back into his old bag of tricks. He’s got to have something to rail against, to be outraged over. And this is the best he can do. Sigh. His campaign is going exactly nowhere. This is pathetic.

Trump issues a special address to J6 defendants: “Our country is going communist .. People are imprisoned right now. People are being tormented. Can’t let it happen. We’re going to stop it, and we’re going to win.” pic.twitter.com/vDkjXVseYu

It was a great victory for the Justice Department, and it was the first time, in 19 trials related to the attack on the Capitol, that a jury decided that the insurrection was the product of an organized conspiracy. That is landmark. It has been hailed as such.

And Trump, lamely limping along with his rhetoric of outrage, is not going to change that.

I don’t know what he’s doing here. Does he really think that the base is going to rally behind the J6 defendants?

The man is desperate. Plus, when he does his accordion hands number, he’s lying. Remember this?

All we need now are big strong men in tears saying, “Please, Sir, save us from communism.”