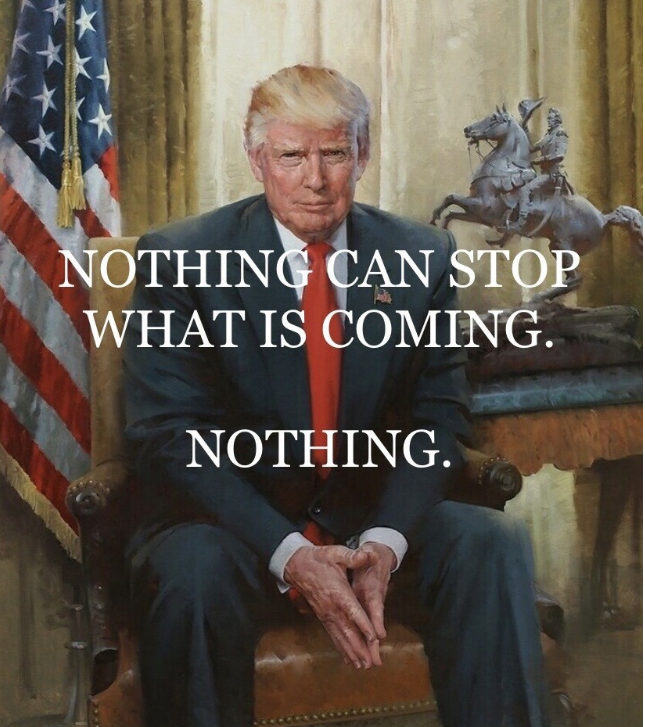 God works in mysterious ways, or so we are told, but Donald Trump does not. Although he believes that he is on a par with the deity just mentioned, as you will see below. You’ve probably heard about Trump’s latest conspiracy theory, that the United States blew up the Nord Stream Pipeline. That is scarcely conducive to international peace, when a former president accuses his own country of having committed sabotage during a time of war, but he has no problem pushing conspiracy theory, never has.

So that’s where he’s going with it. Trump seems to be intent on proving that he’s the only one who really knows what’s going on and by gosh and by golly, if you want to save this spinning ball we’re on, well, you just better let the man who knows what’s what take the reins.

Trump has offered to head up peace negotiations between Ukraine and Russia and this is what that looks like. 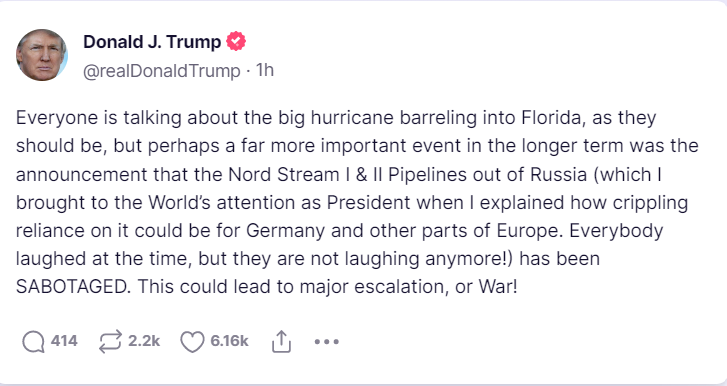 That’s the set up. Here is the pitch. 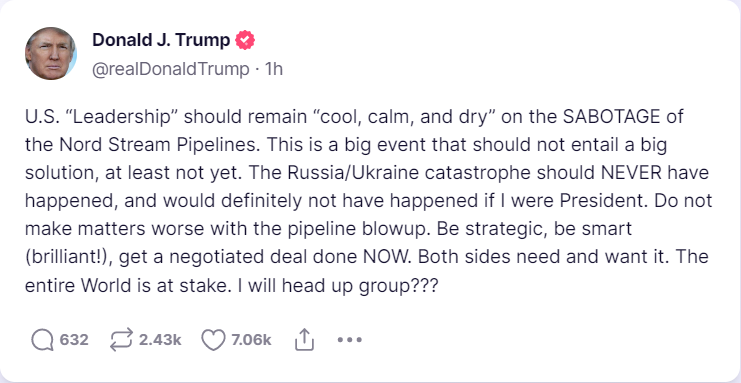 Trump is going to save the world. He’s apparently planning to start a religious war, from what i can gather by looking on Truth Social. If you have an account there, surf on over. It is unbelievable.

This is pure QAnon. That’s how he is leaning these days. The whackiest fringe of MAGA and he’s put it front and center. Gone are the days when he would say, “I don’t know much about them.” Here are the days when he’s riding all four horses of their deranged apocalypse.

Here is Trump the religious leader. QAnon coupled with the evangelicals, that seems to be the game plan here, at least at first blush. 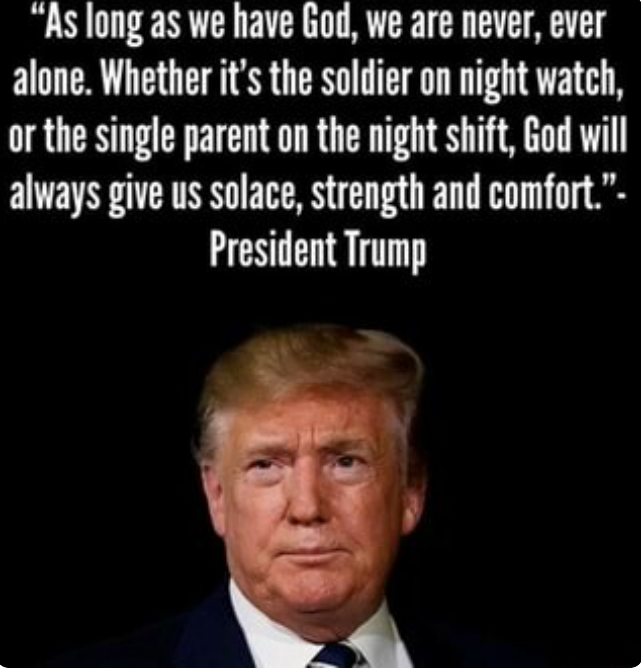 The wisdom and religious insight of Donald Trump.

And here you see the evangelicals and QAnon joined together as one. This “truth” speaks of “the plan” and Christ gets dragged into this madness, naturally. 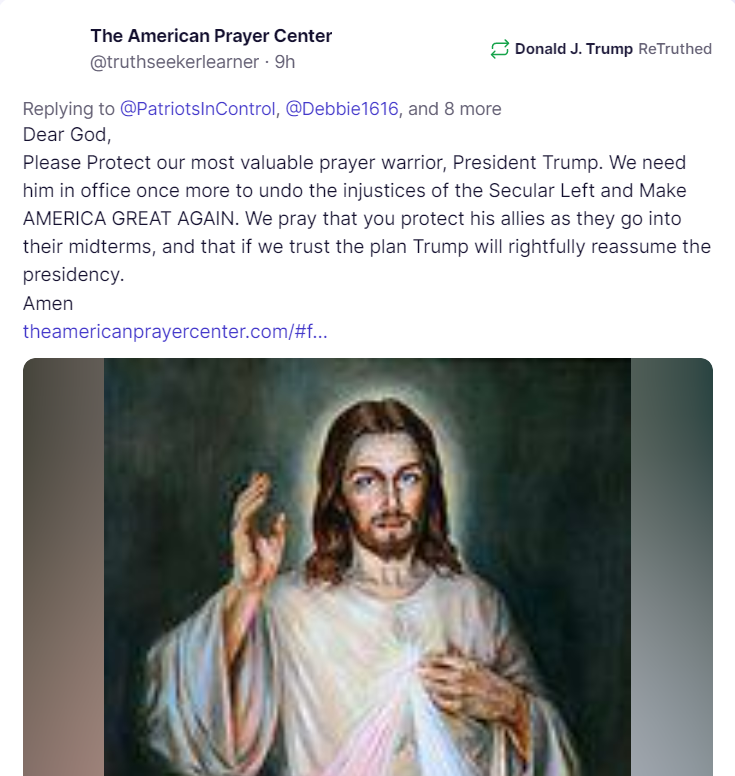 “If we trust the plan, Trump will rightfully reassume the presidency.” There you have it in black and white, friends. This is where we are six weeks out from the midterms election.

And believe me, I am sincere when I say, may God help us. Because we’re going to need all the help we can get with this one. This is getting seriously nuts, even for Donald Trump.