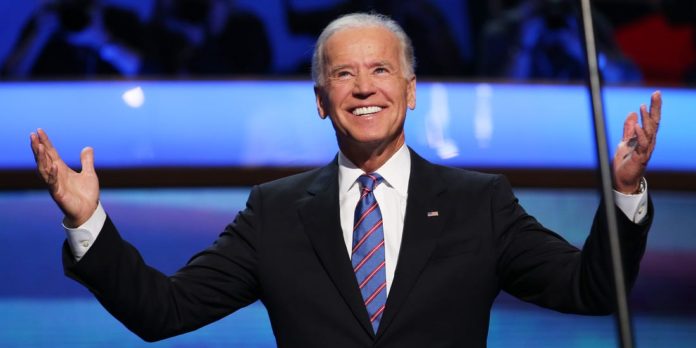 Tonight President Joe Biden, in his first, non SOTU State Of The Union, delivered, to a mostly empty chamber of the House, a tour de force that exceeded expectations, and in so doing, made it almost impossible for the GOP to effectively combat the Democrats going into the 2022 midterms.

After four long years of almost end of times This American carnage ends right here! And ends right now!, Joe Biden laid a cool, wet towel across the collective neck of the American people after just having completed running a marathon. And he used the opportunity, as well as the mostly empty chamber to forego most of the pomp, and speak directly into the camera to the American people. Which included a vast swath of independent and soft conservative voters that the GOP is bleeding like a severed artery.

Biden took the expected victory lap for his Covid vaccine rollout, but gave the praise and the glory to the researchers, as well as the 200 million people who have been vaccinated, instead of himself or his administration. He also urged everyone out there to get their stabs, in order to get back to normal.

But Biden absolutely crushed it when he spoke of the rest of his first term agenda, mainly because he spoke directly to to blue collar America, including the rust belt, a GOP stronghold. And he did it in a way that didn’t get bogged down in dollars and cents, but instead in terms of actual benefits to the people he was talking to.

After all, who in the world, Democratic or Republican, doesn’t want affordable or free pre-school for 3-4 years old, and a free 4 year community college education following high school graduation? What rust belt, non tech oriented community or state doesn’t want to hear that 75% of the Biden jobs plan jobs require not even a 2 year associates degree, much less a 4 year degree?

Biden was exquisite when he explained how to explain how to pay for all of this. He immediately pivoted to the fact that nobody making under $400k would pay an additional penny. Instead, hundreds of welshing American corporations who don’t pay a dime in taxes will start paying, and their loopholes will be cut off. And for the richest 1%. The Bush Lite era max tax of 39.5% would be reinstated, with loss of more loopholes, as well as capital gains adjustments. This is brilliant, since it has a popularity rating of more than 60% with voters.

Biden couldn’t have done much better. He proposed programs that are wildly popular with the American people, and offered to pay for it with tax hikes on uber rich shitpokes, which is also wildly popular with the majority of the country. I have already written that the GOP has already been reduced to trying to promote grievance and culture wars, and these kinds of plans are going to make that hard to do.

But the single, most important thing that Biden did tonight was to finally slam the coffin lid down on Count Trumpula. After 4 years of screaming hysteria, victimhood, and white grievance, Biden used this speech to herald that the corner has finally been turned. Whether His Lowness gets his social media privileges back or not, the United States government is once again being run by reputable, straight shooters. And that’s bad news for the GOP, since recent polling show that the American people actually like a President who bores their balls off. Don’t touch that dial.