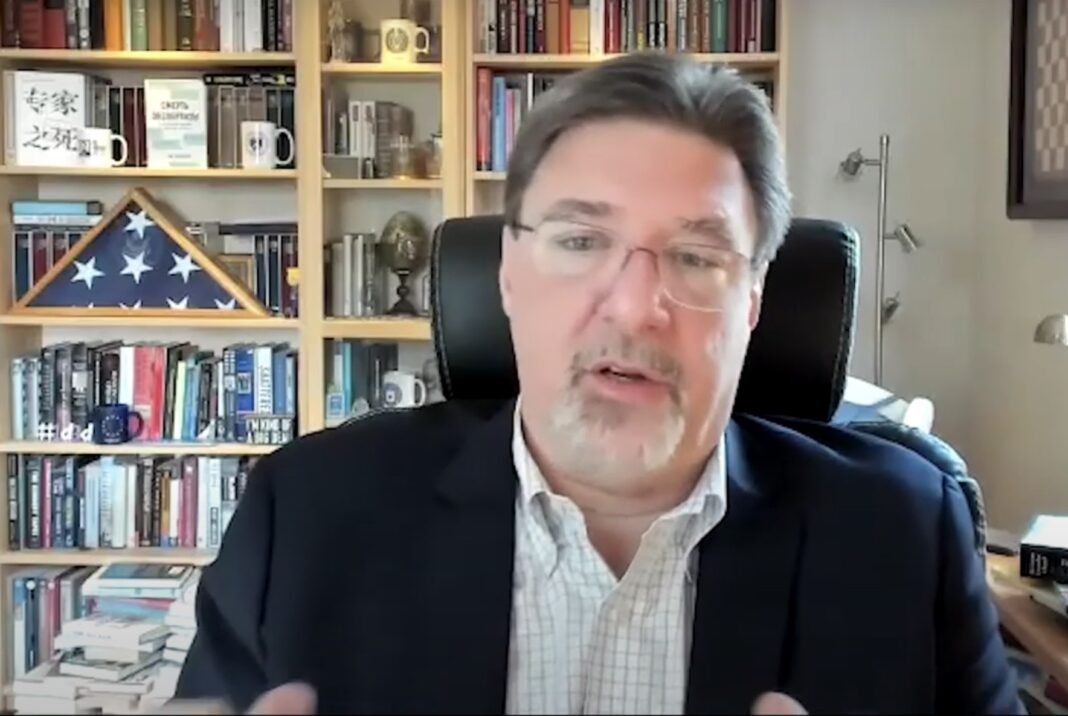 Over at The Atlantic, contributor, never-Trumper and advisor to The Lincoln Project Tom Nichols reveals what he has learned talking to his extensive contacts among conservatives about Republican plans to exorcise the demon of drumpf – whilst avoiding the inevitable splash and stink of half-digested pea soup that such an operation will doubtless engender.

Despite the party’s willingness – when the electoral pickings were ripe and bountiful – to become virtual conjoined twins with the Orangeutan, the plan going forward, as drumpf’s influence wanes, is to surgical remove the screaming, blubbering and ever petulant twin from their body and offer that while once Trump was a part of them, they are free now to go back to the simply being the retrograde asses that they ever were before they took him into their bosom.

“In one of the most appalling appropriations of a political banner in years—or at least since Trump decided in 2012, after years of changing party registrations, finally to settle on calling himself a Republican—some of the conservatives hoping to salvage the GOP’s fortune after the 2022 midterms are trying to seize and redefine the term Never Trump to mean a rejection of “only Trump, and no other Republicans who are like him.” This is important not as some internecine fight among the right but because it is a preview of how many Republicans (and especially those coalescing around Florida Governor Ron DeSantis) intend to rehabilitate the GOP brand in 2024.

The strategy will be to make Trump the sin-eater for the entire party, designating him as the GOP’s sole problem, and then rejecting him—and only him. The goal will be to scrub away the stain of having accommodated Trump while pretending that the Republican Party is no longer an extension of his warped and antidemocratic views. This will require an extraordinary suspension of disbelief and an expenditure of gigawatts of political energy on the pretense that the past seven years or so didn’t happen—or didn’t happen the way we remember them, or happened but don’t matter because Trump, having escaped Elba to contest the primaries, will finally be sent to St. Helena after his inevitable defeat.“

Somehow I don’t think that drumpf will take on the role of “sin-eater” i.e. one who ritualistically consumes the sins of another to take the blot from their soul… the fat fuck is, after all, constitutionally incapable of doing anything for anyone other than himself… but this is Tom’s story, so I’ll let him finish it…

Nichols acknowledges that he and his Lincoln Project pals underestimated how completely Trump would subsume and incorporate the GOP, to the point that some of their old compadres on the right, though willing to snip away at the infection, are loathe to remove enough of the gangrenous tissue to affect a complete cure:

“But Trump exceeded our worst fears. We expected him to bring a claque of opportunists and various other mooks and goons with him to Washington, but we overestimated the ability of the GOP’s immune system to fight off a complete surrender to Trump’s parasitical capture of the party. We appreciated the threat of Trump, but we were surprised by the spread of Trumpism—the political movement that arose as a malignant mass incarnation of Trump’s personality, based on racism, nativism, isolationism, the celebration of ignorance, and a will to power that was innately hostile to American institutions. Trumpism is now the only real animating force in Republican politics; indeed, DeSantis, the great GOP hope, is so much a Trump sycophant that he has even learned to stand and gesture like Trump.

The idea that Never Trump means more than the rejection of one vulgar and ignorant man—that it also means Never Trumpism—infuriates a lot of people on the right. (The folks over at National Review, some of whom have apparently jumped on the DeSantis bandwagon, have seemed particularly agitated in the past few days.) The immediate circumstance that precipitated all this online whining about the Never Trumpers and generated the sweaty attempts to seize their mantle was, of course, Trump’s dinner this weekend with an anti-Semite and a white supremacist. Top Republicans who should be desperate to scour the stink of Trumpism off the GOP but who fear Trump and his base once again went weak in the knees. Most stayed quiet; others employed careful circumlocutions. Mike Pence said Trump should “apologize” for the dinner, as if it were a faux pas. Senator John Thune blamed Trump’s staff—always a handy dodge in Washington.”

Nichol’s article is both a fascinating and frightening read, fascinating for it’s glimpse into the twisted mind of a political party seeking desperately to extricate itself from a disaster of their own making, and frightening to contemplate that 50.5% of the country might just let them get away with it.

ABOUT US
PolitiZoom is an independent news magazine dedicated to exposing the lies and corruption in Washington.
Contact us: [email protected]politizoom.com
FOLLOW US
Except where otherwise noted, content on this site is licensed under a Creative Commons Attribution 4.0 International license. This Site is affiliated with Monumetric (dba for The Blogger Network, LLC) for the purposes of placing advertising on the Site, and Monumetric will collect and use certain data for advertising purposes. To learn more about Monumetric's data usage, click here: https://www.monumetric.com/publisher-advertising-privacy
MORE STORIES