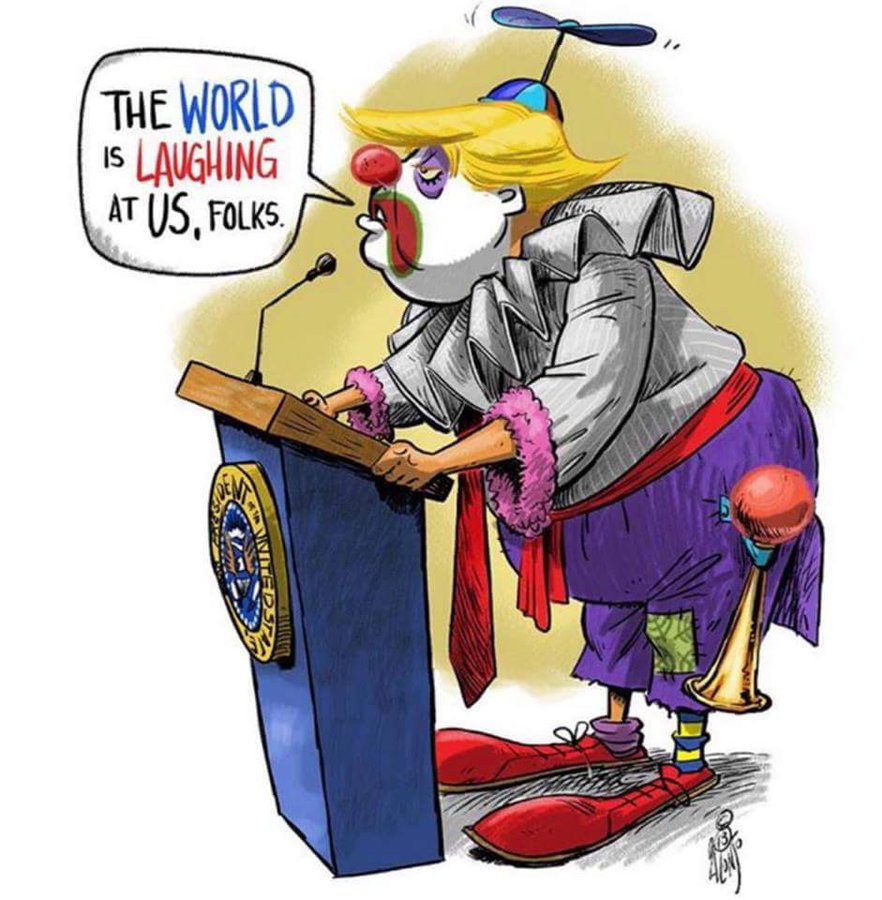 Yeah, but what have you done for me lately, baby?   Hollywood bromide

Whether it’s Hollywood movies, Madison Avenue advertising, or politics, it all still comes down to two things, image and publicity. And right now, Donald Trump really sucks at both. And it’s killing him.

It was reported today that His lowness has been keeping radio silence because, as the noose tightens, and more information becomes public, Trump is worried that he will be criminally charged for his part in the 1/6 insurrection. When you have rioters willing to tell the committee and the court that they only charged the Capitol because you told them to, and the Ellipse rally organizers testify that they argued against holding a march to the Capitol that wasn’t authorized. you have a serious imager problem.

But worse yet for Trump is his publicity. From his inception, Trump has been a creature of the media, from FUX News darling to social media carpet bombing, Trump ruled the media. But following his loss, FUX has limited his access, and after the insurrection, most social media platforms banned Trump. Now we’re starting to see the signs of that, and it ain’t good news for Traitor Tot.

Rachel Maddow gave me a twofer tonight on her A-Block. She reminded me of something I had completely forgotten. All the way back in July, Trump had announced that he was going to hold a series of 4 public mass events in December, in an interview format with disgraced former FUX News scumbag Billo The Clown O’Reilly. He predicted massive sales and sell outs for all of the events.

Trump opened in Florida earlier this week, and it went about as well as you’d expect. The arena held more than 14,000, but when the cheap seat customers showed up, they were all advised that they had been upgraded to premium seating. The cheap seats in the balconies had been covered with tarp to keep Trump from seeing them. And even with that, the crowd was sparse.

The road show went on to Orlando, with the same results. In a building that holds 17,000 people, once again the cheap seats were tarped off and the denizens upgraded to premium seating. The Orlando Sentinel estimated the crowd size at 5,300. The Klown Car now goes on to Dallas, Texas, where they just might break even, since all of the Q-Anon morons hanging around Dealey Plaza waiting for JFK to reappear have sworn that they will go to the show.

This is the effect of the necessity of constant publicity. O’Reilly has basically been non existent since he resigned from FUX, with no media outlet to tout the tour. And while Trump does what he can, his social media blackballing has more and more irrelevant.

But here is the real warning claxon for Trump and the GOP. During the Covid pandemic of 2020, Trump was repeatedly furious at the size of his crowds. And while, post election, Trump may still be able to draw massive crowds, that only seems to work when the admission is free. But they’re not willing to shell out major bucks to sit around and watch him swap lame bullshit with Bill O’Reilly. Just a word to the wise.