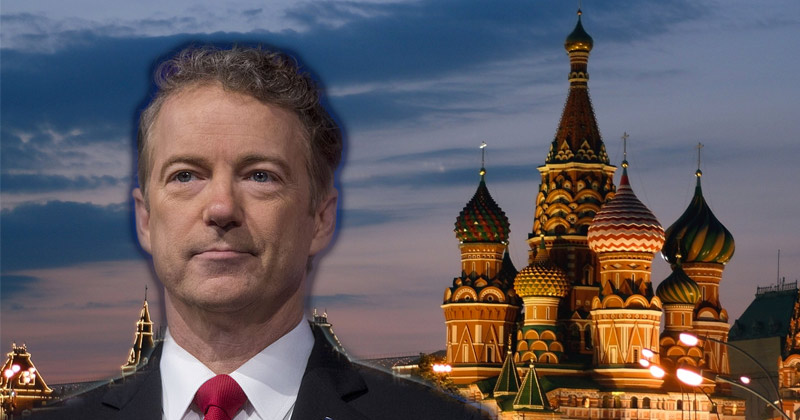 When you remember that you’re talking about somebody who, when in college, pushed for sexual sacrifices to a god known as Aqua Buddha, it’s hard to take anything Kentucky Senator Rand Paul says seriously. But even then he can still amaze.

Paul recently put out a short, moronic screed titled something like How to steal an election in Wisconsin. And God-Damn!, was his evidence compelling and damning. It consisted basically of;

I have a news flash for Senator Aqua Buddha. There’s a legal term for this kind of pernicious vote fraud. It’s called a voter turnout operation! And it’s only been going on since elections started. Back in Chicago in the old days, vans would pick up winos on the street, give them ID’s, the precinct captain would watch them vote, and then drop them back off with $10 and a bottle of muscatel, since liquor stores and bars were closed on election day. Now that was voting fraud.

But Paul’s little tantrum was nonetheless revealing, since once again the GOP let its Freudian slip show. By directly calling a normal, healthy way of procuring voter participation and votes as stealing, Paul has indicated that the GOP has totally given up on the traditional way of winning elections. They are now totally committed to voter suppression to ensure minority rule going into the future.

It’s little wonder. In recent years the GOP has shown that its sales personality is so bad that the Kenyans wouldn’t take free missiles from them. 2018 and 2020 graphically showed that Democratic House challengers were easily able to use small, grassroots donations to out fund raise entrenched GOP incumbents. And they did something totally alien to GOP incumbents. They actually listened to constituents!

Which makes the Senate stalled voting rights act the most important bill of the last decade. If the Democrats can reform the filibuster and pass a bill with things like universal mail in balloting, a mandatory minimum 14 day early voting period, and same day voter registration, they will immediately undo the vast majority of GOP state sponsored voter suppression laws that have been passed. And if they can use the same carve out to pass the John Lewis Act, they can slap states like Texas, Georgia, and North Carolina right back under DOJ pre clearance restrictions again, stalling any more tomfoolery.

One more thing, since it fits neatly into what we’re talking about here. The GOP is literally killing itself with its delusional war against mail in balloting. Colorado has had widespread mail in balloting for years, and history shows that neither side gains an advantage in those ballots. But in states like Florida and Arizona, the large number of seniors historically gave the GOP the numerical advantage in mail in balloting. Minorities were suspicious of early balloting, tended to show up on election day to vote. Restricting absentee and mail in balloting will inconvenience large blocks of seniors, some of whom will simply sit out elections, while minorities are used to standing in line to vote on election day anyway. Just one more unintended consequence to look out for.