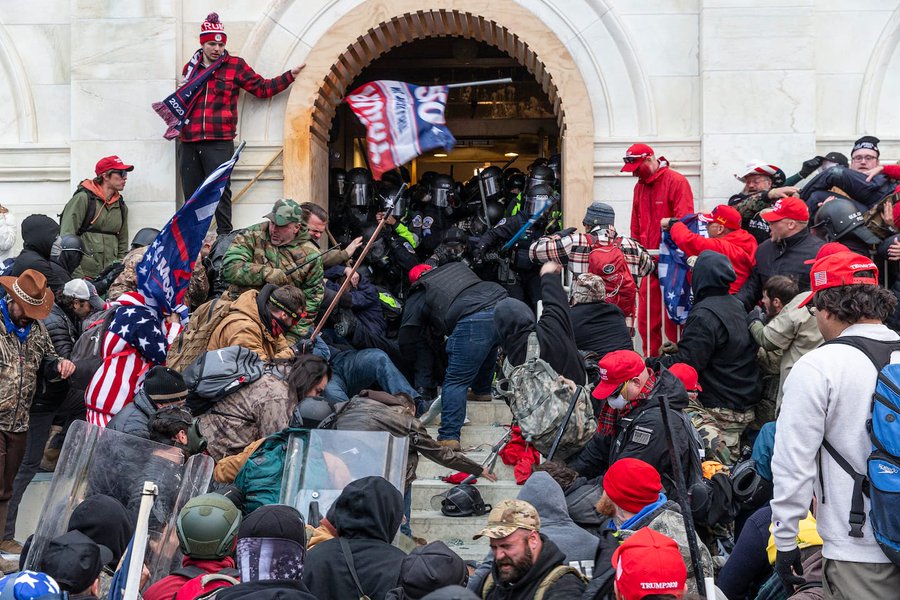 There is a stain on Donald Trump’s soul that he can never cleanse off, if he ever gave a shit about things like stains on his soul. But there are Trump supporters who got caught up in the moment, without ever intending harm, and their lives will never be the same again. Thanks to Trump.

I’m not talking about the Oath Kreepers, or the Loud Toys, or any other of the far right new white nationalists who engineered the takeover of the Capitol that day. May they all rot in hell, as far as I’m concerned.

Now, most of these denuded souls, who attacked no one, and in many cases never even entered the Capitol, will get off with plea deals, with minimal prison sentences, time served, or suspended sentences.

But guess what?  For all time, they will be branded as convicted. Federal. Felons. Good luck trying to get a job, pretty much every employer runs a criminal background check. Good luck getting an apartment, or a house, or credit for a car. They will carry that scar for life.

Remember, these people assaulted nobody, they attacked nobody, they got caught up in the passion of a moment, on behalf of a man they truly believed in, and now they will carry that shame for the rest of their lives. While Trump walks away whistling a merry tune, with no thought for them whatsoever. Sometimes life just ain’t fair.