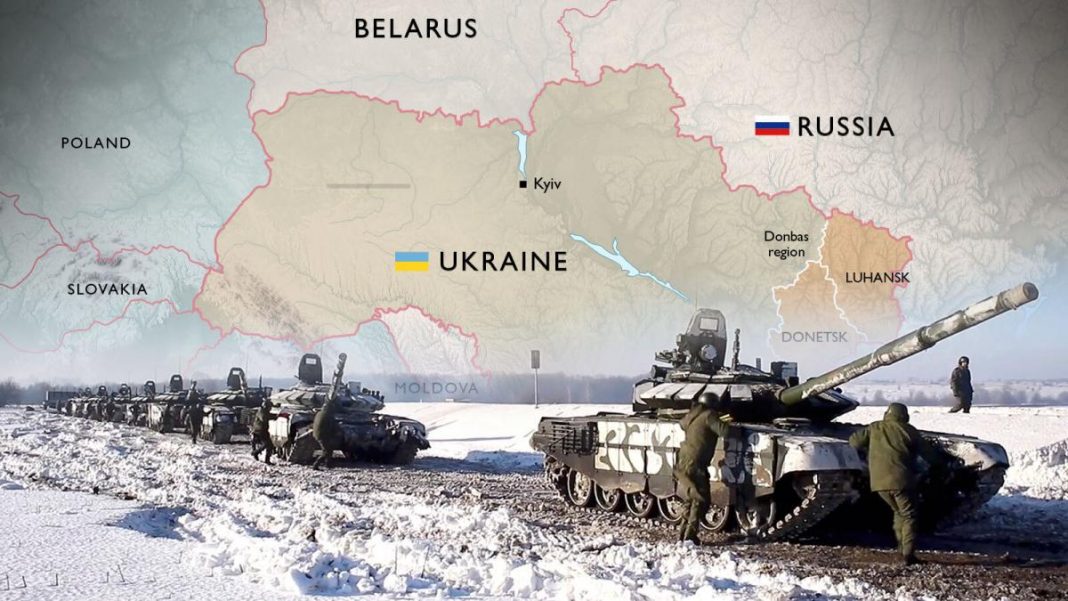 I saw something today that filled my heart with joy. Ursula Faw posted an article with a video of a Russian tank that had run out of fuel, and potential Ukrainian refugees surrounded the vehicle and told them to wait, and they’d get a truck to tow them back to Russia. This is why Russia can’t win. The Ukrainians don’t want to be Russians.

But to me, it exposed a serious problem. As you all know, I was and still am a serious tactical conflict junkie. And I’m here to tell you that less than 96 hours into what should have been a well planned invasion, there is absolutely no excuse for a Russian tank sitting out in the middle of nowhere, out of fuel, being ridiculed by the locals.

Especially when the advance is going slower than the Russians thought. No modern army that doesn’t want to be slaughtered outruns their chain of supply. An army travels on its stomach. And also on ammunition and gasoline. A happy and effective soldier is one with a full stomach. And yet, here we are, less than 4 days into the invasion, and already Russian tanks are running out of gas?

A few days ago, I wrote an article that went something along the lines of In the end, it all comes down to will. And an hour ago on Ayman on MSNBC, I heard something that surprised, but didn’t shock me. A well plugged military analyst said that he had heard that there were multiple troops that were crossing over the border into the Ukraine, and then laying down their arms and refusing to fight the Ukrainians. This was something I had suspected all along.

I have written repeatedly before about how the majority of Russians don’t support an invasion of the Ukraine. They have free travel, do business, see relatives. Why change anything. Why should it be any different in the Russian military, the majority of whom are conscripts, just wasting 2 years to get back to free life. And just like the majority of the Russian people, they aren’t buying Putin’s glib explanations for the invasion.

Let’s get this straight. The front line troops should be the best trained, most loyal troops Putin has. If some of them are laying down arms and refusing to fight, what is going to happen when the second and third echelon troops start moving forward? And that brings up another potential problem.

If Putin’s own most trusted soldiers haven’t bought into his bullshit, what does that mean for the Russian police and state security agents? They have friends and relatives in the Ukraine to. News Flash! There are way more Russian protesters than there are Russian police. So far, they’ve been passive. But what if they turn aggressive? Do the police and pseudo military troops actually open fire on their own countrymen over something they personally disagree with?

Putin fucked up from start to finish. He miscalculated the will of the Ukrainian people and military, he fucked up his calculation of the resolve of his own troops, and his badly miscalculated the popularity of the war with his own populace. And right now, Putin is the only person on the planet that wants whis war to continue, for his own selfish personal political gains.

Look, I don’t know that’s going to happen next, nobody does. But I do know that he and his country are international pariahs, and his own military is showing cracks as to their devotion to the cause. The only question now is, how much more will the Russian people put up with?