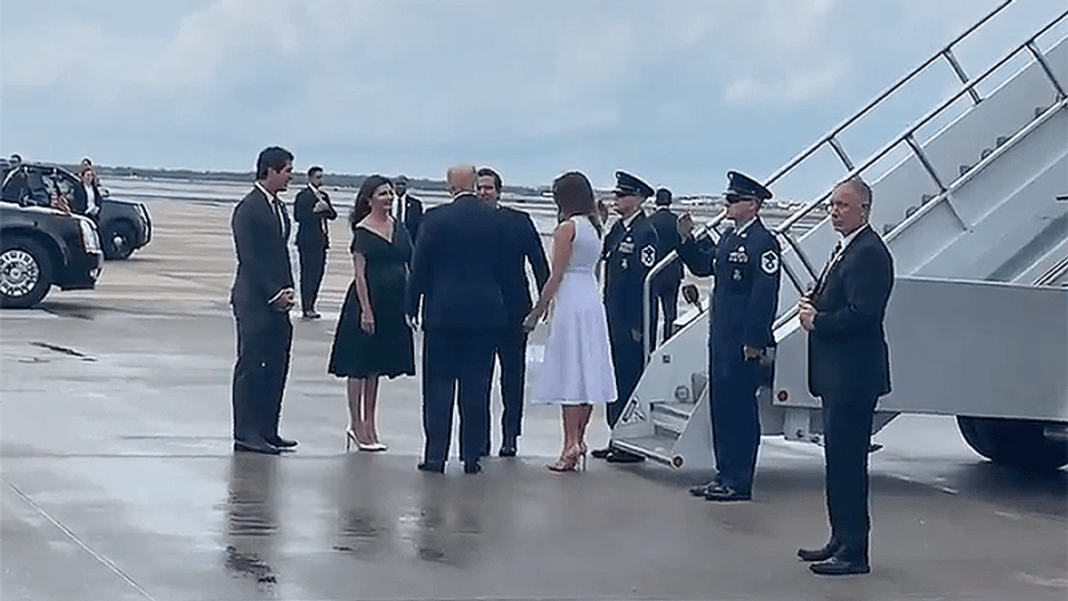 This does not come as a surprise to anybody who’s been following either Donald Trump or this debacle in Florida with Matt Gaetz. Trump’s aides have counseled him not to get involved and he went along with it, begging the obvious question, why? So now the other shoe has dropped and video has emerged of Gaetz, Trump, and of course Ron DeSantis all meeting up with alleged sex trafficker and marijuana entrepreneur Jason Pirozzolo. This is the guy that Matt Gaetz went to the Bahamas with according to CBS News:

Federal investigators are looking into a Bahamas trip Matt Gaetz allegedly took in late 2018 or early 2019 as part of an inquiry into whether the Florida representative violated sex trafficking laws, multiple sources told CBS News.

Gaetz was on that trip with a marijuana entrepreneur and hand surgeon named Jason Pirozzolo, who allegedly paid for the travel expenses, accommodations, and female escorts, the sources said.

Investigators are trying to determine if the escorts were illegally trafficked across state or international lines for the purpose of sex with the congressman.

“Traveling across state lines is what creates a federal hook for a prosecution,” Arlo Devlin-Brown, a former prosecutor and partner at Covington & Burling, said in a report that aired on the “CBS Evening News with Norah O’Donnell.” “It doesn’t matter that [Gaetz] personally paid them as long as he knows someone is doing that.”

The Justice Department declined to comment. Pirozollo did not respond to repeated attempts to contact him, and declined to comment on his relationship with Gaetz and whether he paid for escorts for him when asked by CBS News on Wednesday outside his office in Orlando.

This is smoking hot. Bill Barr wanted nothing to do with this and that tells you everything you need to know right there.

And you notice that Marco Rubio is laying low. Not saying he has any involvement in this, because so far nothing has come to light regarding that, but it is curious that he’s also not leaping to the defense of his fellow Republican and Florida Man.

This is going to get crazier before the day is out, watch. And bear in mind, that while this is heating up in Florida, the criminal proceedings in New York involving the Trump Organization are escalating as well. But Trump and Gaetz are going to put on a tuxedo so that Gaetz can headline an event, “Women For America First” — and the alleged sex trafficker will probably be there, too, since he’s a part of the “high” society (no pun intended) that attends these shindigs. You can’t make this up.