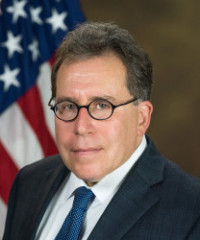 The official Representing the Department of Justice in the Mar-A-Lago affidavit unsealing hearing today was Jay Bratt, Chief of the Counterintelligence and Export Control Section of the DOJ.

This is a big deal when you consider the Chief’s job description on the Justice.gov website:

“The Counterintelligence and Export Control Section (CES) supervises the investigation and prosecution of cases affecting national security, foreign relations, and the export of military and strategic commodities and technology. The Section has executive responsibility for authorizing the prosecution of cases under criminal statutes relating to espionage, sabotage, neutrality, and atomic energy.It provides legal advice to U.S. Attorney’s Offices and investigative agencies on all matters within its area of responsibility, which includes 88 federal statutes affecting national security. It also coordinates criminal cases involving the application of the Classified Information Procedures Act. In addition, the Section administers and enforces the Foreign Agents Registration Act of 1938 and related disclosure statutes.”

I’m not a lawyer, but here is what some who are had to say about Bratt’s selection for this job:

Important to note that Jay Bratt, the Chief of the DOJ Counterintelligence & Export Control Section, remains the primary interlocutor on the investigation. Confirms that national security considerations continue to steer the ship. https://t.co/7Y9WKCeXzy

It's likely been at least seven years since Jay Bratt argued in front of a judge. Pretty remarkable. https://t.co/K5OFqAPcWu

Well, these ARE remarkable circumstances.

“In this case, the court has found probable cause there’s a violation of one of the obstruction statutes, and that evidence of obstruction would be found at Mar-a-Lago” said DOJ's Jay Bratt in court today. via @Tierney_Megan @kpolantz

I am actually relieved to see DOJ seems to understand what needs to happen at this hearing.

Yep, he sent the heavy hitters.

Also, it's extremely notable that the "top dog" head of DOJ counterintelligence, Jay Bratt, is the one arguing the government's case

Apparently, the judge ain’t playing either.

Whoa, he was there for the initial search too…

The most remarkable thing about this email, which looks authentic, is that someone as senior as Jay Bratt is personally emailing opposing counsel about fairly routine details like this one. That’s unheard of. It conveys the enormous gravity of the case for DOJ. https://t.co/t3nJqFXo0I

So, they took his passports to protect his privacy, then he whined about it. No good deed goes unpunished when you deal with Trump.

More media critique: The new Politico story on Trump's taking of classified documents minimizes its seriousness "just a chaotic moving process!" The tone is not consistent with the Espionage Act, the many TS/SCI docs, reports of Trump choosing docs, the presence of Jay Bratt. 1/ https://t.co/WOGGj1Nks3

That Politico article was crap.